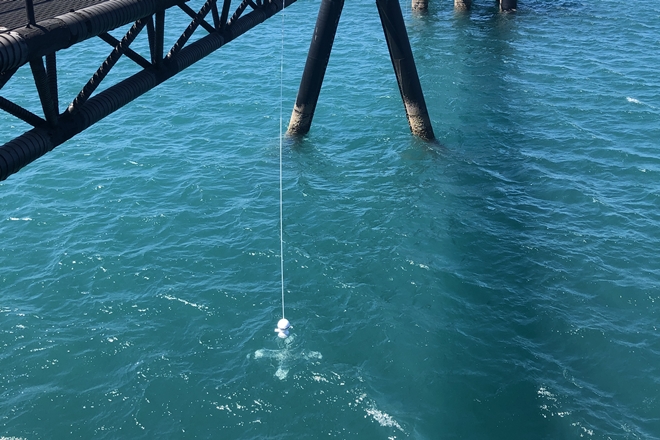 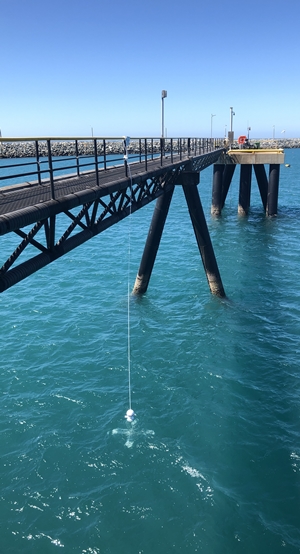 IN what is a first for Queensland, an ‘early warning’ detection system has been placed in the water at the Port of Mackay to find any traces of exotic marine pests.

Member for Mackay Julieanne Gilbert said Queensland boasted some of Australia’s and the world’s best marine environments, but they were at risk from unwelcome visitors. “We need to keep our waters free of marine pests and busy seaports are a key pathway for entry,” Ms Gilbert said.

“Biosecurity Queensland has partnered with Queensland Port Authorities to deploy specially-designed detectors in the waters at the Ports of Cairns, Townsville, Mackay, Gladstone and Brisbane – all of which are close to natural heritage areas. This partnership demonstrates that our port authorities are taking shared responsibility for marine biosecurity seriously.”

Based on a similar Western Australian program, Queensland is using cutting-edge technology to test DNA from marine life growing on structures and collected in plankton from port waters. In a network spanning 1,400 km of Queensland’s coastline, it aims to detect molecular traces of exotic marine species including:

Minister for Agricultural Industry Development and Fisheries Mark Furner said after being submerged for two months to provide a surface for marine organisms to settle and grow, the detector plates were then retrieved and tested for the presence of marine pests.

“This is a year-long surveillance trial which will run over the winter, spring and summer months, to allow for seasonal changes in environmental conditions at each of the ports,” Mr Furner said.

“If invasive marine pests become established they could seriously impact our marine biodiversity as well as industries including fishing, ports, marinas and tourism. Deploying this kind of system is an exciting first. The first set of arrays will be taken out of the water after eight weeks and we’ll see what they’ve found. If there are any signs of marine pests, this early warning will allow us to respond as quickly as possible.”