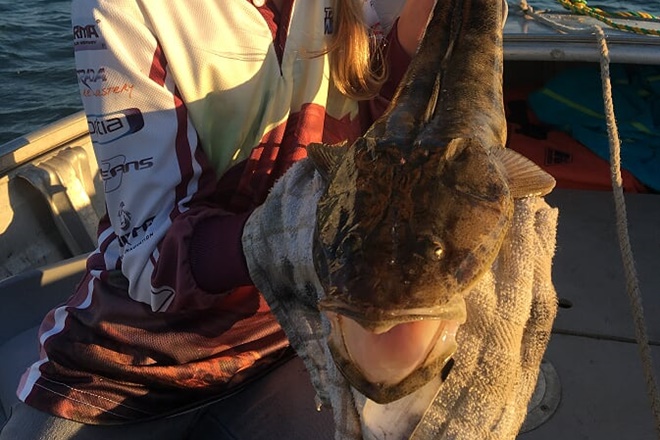 Do the miles and get the smiles off Bundaberg

Luckily the forecast did live up to expectations last weekend, and it was fantastic to see so many boats making the most of the magic conditions fishing offshore from Bundaberg.  The boats that did the miles definitely got the smiles with anglers landing some top quality reef fish including some big coral trout, red emperor, red throat sweetlip and parrot.  Let’s hope this weekend’s forecast is similar and the reef boys get another chance to head out.

The new moon falls on Saturday night this weekend, and with the bigger tides the inshore reefs will be well worth a look.  During the past week some really nice snapper, grunter and grass sweetlip were caught.  Most of the snapper were caught on either Berkley or Zman soft plastics in the 5” to 7” range, whereas the grunter and grassies were caught on baits such as mullet fillet cut into strips and large prawns.

The Burnett has once again been quite productive this week with plenty of fish caught.  With the amount of bait fish around the mouth, plenty of tailor and school mackerel have been caught by anglers either casting metal lures or trolling lures that dive down around three metres.  Both methods have been working well.  Good numbers of bream are still being caught around the North Wall.  The odd blue salmon, and grey and Spanish mackerel have showed up in the Town Reach and these have provided plenty of entertainment for the anglers casting lures around in town.  The fish of the week would have to be the flathead.  Plenty of “lizards” were caught in the Burnett last week with one of my favourite soft plastics – the Berkley Gulp 4” Nemesis – rigged on a ¼ ounce jig head working a treat.

Not much has changed over the past week in both the Baffle and Kolan systems.  Around the mouths it’s well worth a cast for a few tailor and queenfish and should fire up this weekend with the bigger tides.  With the first sign of a few warmer days a few nice mangrove jack are starting to fire up, smashing baits and lures.  It’s also prime time for flathead in both of these systems.  Trolling small to medium hard body lures that dive between two and three metres has been a great way to locate better numbers of fish.

With the first signs of northerly winds, the barra in Lake Monduran have started to fire up.  I know of one angler landing around fourteen barra up to 75cm during the past week.  Fishing the late afternoon and into the night with suspending hard body lures like the Jackall Squirrel or Lucky Craft Pointers has been working well, and let’s hope the action at Monduran only improves over the next few months.