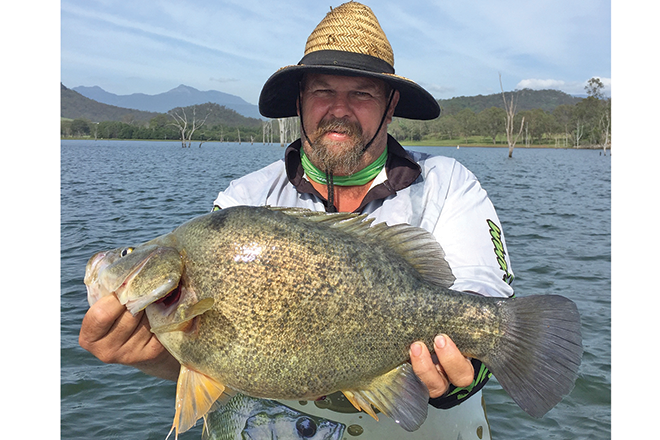 Monster bass and yellowbelly at Moogerah

IT’S been a quiet time over the Christmas/new year break for Sports Tuition but quality fish have been landed over these prime summer months.

Early mornings and late afternoons on the water have been the most productive. Good numbers of yellowbelly have been taken in the far upper reaches around the timber and silver perch have popped up in this region too. The silvers have taken white paddle tail soft plastics and the Whell boys and Johnno Hunt have absolutely smashed them.

Shane Whell also picked up an impressive yellowbelly that measured 54cm but the whole crew has been catching monster bass, silvers and yellows. These guys have formed a Facebook page called FishNutz and it’s worth checking out. The FishNutz boys certainly enjoyed great success at Moogerah but several juniors also got into the action over the break.

It’s always good to be involved with young anglers and a group of very young boys also found success around the timber in the upper reaches at Moogerah. Catches included bass and yellowbelly as well as about a dozen massive eel-tailed catfish. The heat has really brought on the catfish.

I’ve never seen so many caught in such quick succession. The youngsters absolutely loved catching them because their rods were literally bending in half and they had to work hard to get them in the boat. On this occasion, the boys decided to release all their catch to fight another day.

They just enjoyed being out there fishing and playing around in the electric-powered boats.