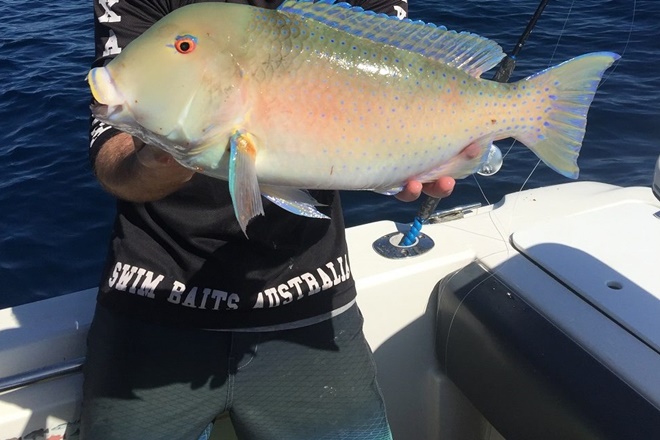 CORAL reef fin fish will be off-limits from Saturday, October 6, 2018 as the first of two annual fishing closures to protect these fish during spawning season commences.

Queensland Boating and Fisheries Patrol District Manager Tony Loader said the two five-day closures coincided with the new moon when key coral reef fish species aggregate to spawn. “October and November have been found to be the most effective months for closures to protect coral reef fin fish,” Mr Loader said. “This year, the first closure starts immediately after midnight at the beginning of 6 October and ends immediately before midnight at the end of 10 October. The second closure starts immediately after midnight at the beginning of 5 November and ends immediately before midnight at the end of 9 November.”
The closures are in place from the northern tip of Cape York to Bundaberg in the south (the southern boundary is at latitude 24º50’S). The eastern boundary of the closure is similar to the eastern boundary of the Great Barrier Reef Marine Park.
Mr Loader said the coral reef fin fish closures apply to both commercial and recreational fishers, while charter fishers who meet qualifying criteria can apply for an exemption. “Coral reef fin fish include cods and groupers, emperors, parrotfishes, sweetlips, wrasses, coral trout, fusiliers, surgeonfishes, tropical snappers and sea perches,” he said. “It’s important fishers are aware of which species are affected by the closure and know how to correctly identify them. A reef fish web guide is available online at www.fisheries.qld.gov.au and the Qld Fishing smartphone app also includes species images to help fishers identify fish listed as coral reef fin fish. Fishers caught doing the wrong thing during the coral reef fin fish closure risk on-the-spot fines of $522 for recreational fishers or $1044 for commercial fishers, with a maximum penalty in excess of $130,000.”
The closure dates change slightly each year depending on the new moon phases. For more information on Queensland’s closed fishing seasons, visit www.fisheries.qld.gov.au, call 13 25 23 or download the free ‘Qld Fishing’ app from Apple and Google app stores. Follow Fisheries Queensland on Facebook, Twitter and Instagram (@FisheriesQld).