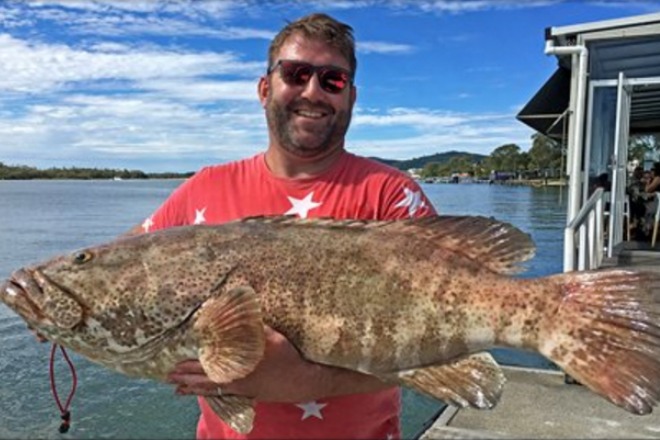 WITH some outstanding weather last weekend angers were out in force, the Noosa River has been producing some quality tailor from the lower stretches of the river.

Big live baits in the evenings with the incoming tide have been the most consistent option. Surface lures have also been accounting for their fair share of good sized tailor. Be prepared to lose a few however Jackson RA Pop’s and Fish Candy 95mm Skinny Dogs being the lures of choice for these toothy critters.


Larger bream numbers are on the increase. Lightly weighted flesh baits like fresh mullet being the best approach. Trevally numbers are also increasing with Golden, Giant and Tea Leaf Trevally all feeding around the low light periods. Woods Bays, Munna Point and the back of Noosa Sound have been the most active areas. Surface lures and small plastics like the keitech 3” easy shiner the most popular choices. Weyba Creek and the Frying Pan are still providing good numbers of whiting on live worm and yabby baits. Good numbers of banana prawns still throughout the system.

The occasional mangrove jack is still taking live baits throughout the system at night.

A couple of days after the new moon is always a prime time to target jewies with nice fish taken from the deeper gutters along the Noosa Northshore. Angler fishing the rocks at Sunshine Beach have also been getting the odd jewfish on large flesh and whole fish baits, Castaway beach has been fished well for dart and bream around the top of the tide. With good tailor numbers in the rivers beach angler will also start to see larger numbers of fish as the schools move through.

Offshore things were really firing with Sunshine Reef fishing exceptionally well. Off the bottom quality coral trout are in good numbers as well as some big cod, red throat, squires and grassy sweetlip. This has been keeping anglers smiling and the eskies full. Quality Spanish mackerel are also still around Sunshine Reef with the floating baits still doing the job. Chardons Reef has been fishing well for jew on the bottom, as well as spotted mackerel near the surface. Longtail, mac and the odd yellowfin tuna are still frequenting Laguna Bay. North Reef has been the spot for the occasional quality Spaniard and good numbers of snapper. The Hards and the wider reefs east of Double Island has seen some great sessions on quality snapper up to the 5kg mark as well as cobia and larger pearl perch.

In the freshwater, the bass have been schooling in the main basin of Lake McDonald and have been falling for a well presented spoon lures, such as the Nories Wasaby. Bass in Borumba have been captured on plastics fished close around the structure at the start of the timber. TT Demonz jigheads have been adding for that more realistic look.