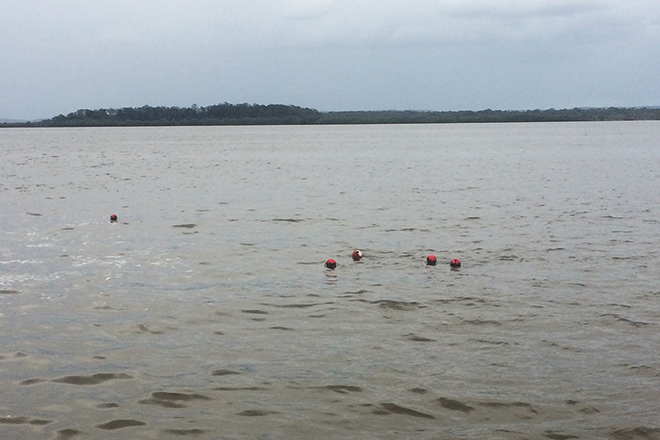 A CLEVELAND Magistrate has fined a commercial fisher more than $5000 for interfering with another licensed crabber’s pots in southern Moreton Bay.
Queensland Boating and Fisheries Patrol District Officer Matt Davidson said the successful court prosecution was a reminder to all fishers that interference with crabbing apparatus will not be tolerated.

“Under Fisheries regulations, it is an offence to interfere with fishing apparatus, including crab pots that don’t belong to you, and this includes disturbing or lifting the apparatus,” Mr Davidson said. “Stealing fishing apparatus you didn’t set is a criminal offence and those caught will be referred to the police.”
Mr Davidson said Queensland Boating and Fisheries Patrol received a complaint from a licensed fisher who set 15 crab pots to the northern end and east of Pannikin Island in early April 2017.

“The fisher returned the next day to find only two of his crab pots left in the area where he’d placed them, discovering the other 13 to the west of the Island and just south of the Alan Robb Beacon,” he said. “The crabber put his pots back in the water where they’d originally been set and went back the following day to check them, finding a further five pots had been moved.

“When Fisheries officers attended the area, they found the fisher’s five pots at the area known as the Alan Robb Beacon.”
Queensland Boating and Fisheries Patrol investigated and found evidence to charge a licensed commercial fisher with two counts of interfering with fishing apparatus.

The fisher pleaded guilty in the Cleveland Magistrates’ Court and was fined $5000 plus court costs, with no conviction recorded. People who suspect illegal fishing activity should report it to the 24-hour toll-free Fishwatch hotline on 1800 017 116. Don’t engage with the person, as this can compromise an investigation.