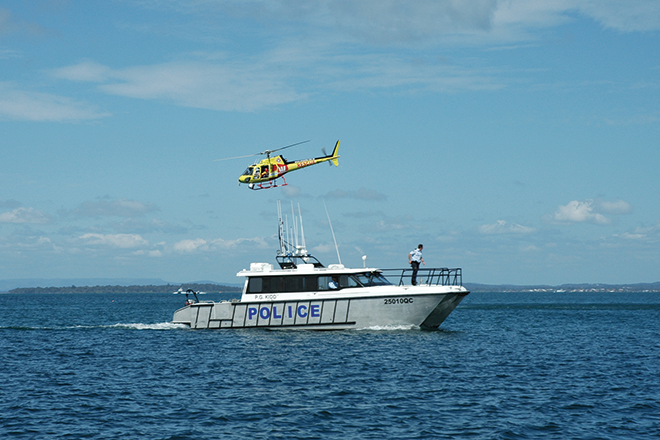 Play it straight or pay the consequences

Bush ‘n Beach has brought Nautilus Marine Insurance on board to expand the fine print and provide readers with clear, easy-to-understand and helpful tips on protecting their boating assets.

Honesty is the best policy, or so the old saying goes, and it holds very true when it comes to marine insurance. There’s a classic case of a would-be new customer who described his vessel as a multi-hull cruiser. No mention of it being a Scimitar, Perry, Brava or any brand for that matter – the result was a few raised eyebrows. “Could you please send us a few current photos?” was the request.

They arrived in due course – close-ups of the leading edges of the hulls, some close-up interior shots – quite a collection overall, but surprisingly, nothing showing the vessel overall.
Further inquiries and yes, as suspected, the ‘multi-hull cruiser’ was in fact a single outboard-powered houseboat of questionable genre and one that many companies would not be willing to offer insurance on.

In another case, a vessel kept “on a private mooring at Raby Bay” turned out to be a swing mooring in Moreton Bay itself. Again, many companies will not insure a vessel on a swing or pile mooring and certainly will not if there has not been a professional inspection and written report provided on the mooring’s anchoring system as well as the condition of shackles and cables.

Should a claim ever be made, the first thing the insurer will do is check the integrity of the claims made in the offer of insurance. A failure to disclose relevant facts, even if not specifically asked, could lead to consequences such as voiding of the policy under clauses in the product disclosure statement. The PDS will often note that a claim may be refused if the vessel owner did not disclose information that might have caused the insurer to not offer cover in the first place.

The best advice according to marine specialist insurer Nautilus Marine is to volunteer all relevant information – particularly information that reasonably should have been disclosed.
At the other extreme, there are those people who have advised on boating forums that the best way to get out of having bought a lemon of a used boat from a private buyer is to have an ‘accident’ with it on the rock wall beside the boat ramp and then lodge an insurance claim. Apart from being an act of fraud as well as a reportable marine incident, both of which potentially carry significant penalties, such ill-informed advice ignores the world we currently live in.

Virtually nothing happens without being recorded on a security camera, mobile phone, sports action camera or similar device. And of course, marine specialist insurers are boaties themselves – they look at Google Earth, read the forums and also launch their boats at the ramps. A major Queensland boat manufacturer was presented with a warranty claim relating to a hairline surface crack in the transom.

There was no reason for the crack to have appeared, according to the owner. When inspected, the boat builder advised the owner that the lower part of the transom had been painted with automotive paint – it was not the original gelcoat. The owner denied any knowledge of how such a thing could have happened. The boat builder flaked off a piece of the paint and said he would have it analysed.

The owner’s story started to reveal its own cracks. But worse for the owner, a witness had already advised the boat builder that he had seen the subject boat dropped onto the boat ramp because the owner had unhooked the retaining chains and winch hook before reversing down the ramp. The owner then sought to back-pedal, saying his didn’t think that ‘accident’ could have caused the issue he was complaining about.

The boat builder then undertook a full inspection and repair work – but at the owner’s cost. In all cases, a simple up-front disclosure would have produced a confusion-free result.
“Dropped your boat on the ramp? That’s bad luck – let’s see if we can fix it at a discounted rate for you.”  Deny the incident?
Full retail price thank you.

Always be up-front because not only is it the right thing to do, but it can also be a lot less expensive in the long run. Special conditions and excesses should always be explained clearly in your insurance policy’s product disclose document. Always check your product disclosure document and if you have a query, ask for clarification.
So before insuring your boat for the next 12 months, check out whether what you think you are covered for is actually the case and whether that supposed discount price is really a discount at all.

If you need further information, you can contact Nautilus Marine Insurance on 1300 780 533 for any boat insurance requirements.

Nautilus will also be answering your boat insurance questions of a general nature and will be offering a great bi-monthly prize to the best questions received.

The prize is a Nautilus Marine merchandising pack comprising a collapsible chiller bag, a handy marine sports bag and a cap.
Just email your questions to qld@nautilusinsurance.com.au