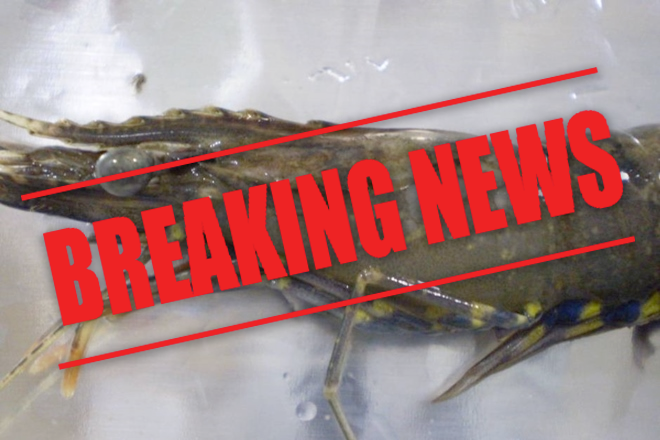 Minister for Agricultural Industry Development and Fisheries Mark Furner said the positive results were found in crab and prawn samples from the northern Moreton Bay region near the Redcliffe Peninsula. “This is the same area where positive results were found in 2017 and Biosecurity Queensland is processing the remaining samples collected from the Logan and Brisbane river areas and will release the results once the testing has been completed,” Minister Furner said.

“We have received results back from the southern Moreton Bay area and all samples collected were negative for white spot syndrome virus, so that area is clear.”

Acting Chief Biosecurity Officer Malcolm Letts said Biosecurity Queensland was now waiting on results from the Brisbane and Logan River areas. “It’s important we complete testing from all sites before we make any decisions about our white spot disease strategy moving forward,” Mr Letts said. “These initial results have been discussed with key seafood industry groups and we will continue to work closely with them throughout this process.”

Movement restrictions will remain unchanged, with uncooked prawns, yabbies and marine worms not to be moved out of the movement restriction area, which runs from Caloundra to the NSW border and west to Ipswich. Biosecurity Queensland is also conducting surveillance for white spot disease along the east coast of Queensland, with results expected in June.

“It’s really important to remember that white spot disease only affects crustaceans and has no impact on human health, so make sure you go out and support your local seafood industry by asking for Queensland seafood the next time you go shopping,” Mr Furner said.

For more information, visit daf.qld.gov.au/wsd or phone the Department of Agriculture and Fisheries on 13 25 23.