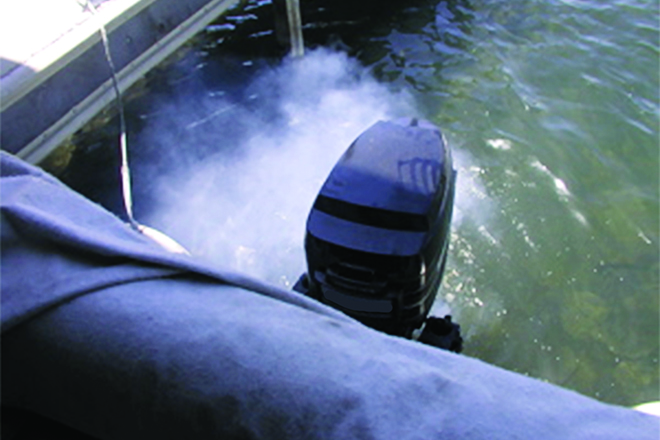 THE Product Emissions Standards Bill, which will see the end of two-stroke mowers and outboards (non direct-injection), recently passed the first hurdle and is expected to be passed by the Senate soon.

The Bill has been classified as “non-contentious” and is supported by both the Government and Labor. Emissions standards for small petrol engines from mowers to outboards, jet skis and chainsaws has been a Greens policy introduced by Sen Di Natale in 2013.

It is well overdue; in fact it’s a little embarrassing for Australia, according to Gary Fooks, chair of the cross industry peak body Blue Sky Alliance.

“The Federal Government has been working on this since 2005, so we are now 20 years behind the US, the EU, Canada and Japan,” Fooks said. “We are even six years behind China.”

According to government reports, a lawn mower can produce 40 times the emissions of a car, and a brush cutter the same hourly emission as 10 cars. The phase-in will start with import restrictions commencing mid-2018.  Nothing in Australian sheds will be banned, and high-quality, hand-held two-stroke machines will pass the standards based on the current US rules.

Asked if industry was happy, Fooks said, “Industry has been calling for these standards since 2007, so yes, we are relieved. What still concerns us greatly is the effective enforcement of the laws. The Bill relieves Customs of any responsibility to stop illegal engines, so who will police 1.3 million imports? The pink batts Royal Commission taught us that Environment doesn’t have what it takes to police anything this big.”

It looks like industry will need to take the role of watchdog to protects Australia’s environment, according to Fooks.  The fine details and any loopholes won’t be known until we see the rules in October.

Of course, modern and clean direct-injection two-stroke outboards such as Evinrude E-TEC will still be entirely legal and available for sale.

Victa ceased production of the iconic Australian two-stroke mower in 2016.