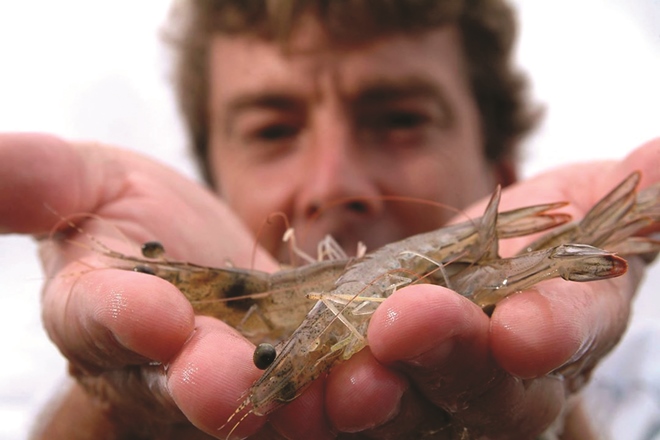 Following a visit to a fish hatchery in Gladstone, Minister for Agricultural Industry Development and Fisheries Mark Furner said the annual Aquaculture Production Summary shows aquaculture production grew by 1.1 percent to more than 7869 tonnes in 2016-17. “Despite industry pressures, including white spot disease, the total value of aquaculture decreased by just half a percent to $119.7 million, compared with figures from 2015-16,” he said. “Even though some prawn farms in southeast Queensland were affected by white spot, the overall value of prawn production fell by only $2.7 million because north Queensland farms increased their production. On the whole the Queensland aquaculture industry has been growing at a rate of 5.2 percent per annum since 1999-2000.”

Minister Furner said the Queensland Government is keen to expand aquaculture, which has the potential to develop into a much larger industry, supplying local seafood and generating jobs. “Queensland aquaculture employs more than 530 full-time equivalent workers and the gross value of production represents 38 percent of the total state value of fisheries production,” he said. “The industry also supports a substantial number of off-farm services that have flow-on benefits for employment and regional development. As a government, we are progressing with the identification and promotion of aquaculture development areas to help grow the industry in a sustainable way.”

Central and north Queensland accounts for the majority of the aquaculture industry’s value and production. Prawn farming was the sector’s largest employer with more than 292 full-time employees. The 2016-17 Aquaculture Production Summary for Queensland is available online at publications.qld.gov.au