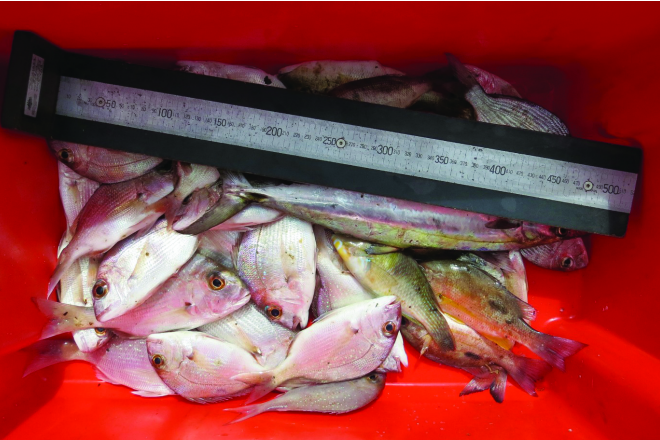 A BRISBANE recreational fisher who failed to measure his catch of 37 fish, which were all undersize, has been fined $3000 in the Brisbane Magistrates’ Court.

“The fisher told QBFP officers he caught the fish at the mouth of the Brisbane River during a recreational fishing trip.

“While he was aware there are fishing rules in Queensland, he did not measure any of the fish.”

The man was charged with unlawfully taking undersized fish that are regulated under the Fisheries Act 1994. The magistrate imposed a $3000 fine and ordered him to pay court costs.

Mr Depper is reminding all fishers to correctly measure their catch to ensure it complies with Queensland size limits.

“Size limits are in place to protect and conserve fish stocks for current and future generations,” he said.

“If a fisher catches an undersized or unwanted fish they should return it to the water immediately, taking as much care as possible to avoid causing the fish any injury.”

If you suspect illegal fishing, report it to the Fishwatch hotline on 1800 017 116. For more information on Queensland fishing rules, visit www.fisheries.qld.gov.au, call 13 25 23 or download the free Qld Fishing app from Apple and Google app stores. You can follow Fisheries Queensland on Facebook and Twitter (@FisheriesQld).