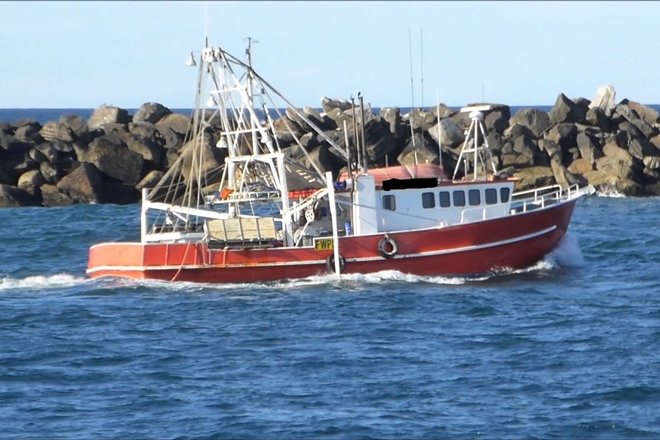 A COLLABORATIVE research project is under way to quantify the amount of discards in the Queensland trawl fishery from 1988 to 2014.

“The data contains information about the weight of the target catch and discards, as well as other parameters such as net size, hours fished and trawl speed,” Mr Campbell said.

“Using information from about 4000 measurements of discards by fishery observers and scientists, we are able to estimate the total tonnage of discards produced in the fishery from 1988 to 2014.

“Three separate analyses will be undertaken to determine discards as a function of catch, effort and swept area.

“Project staff can then assess the effects of various management changes on the amount of discards including the introduction of turtle excluder devices and by-catch reduction devices, reductions in fishing effort and changes in fleet dynamics.

“We can also assess the accuracy of each method and provide advice as to the best method for calculating measures of discards in this and other trawl fisheries.”

Mr Campbell said the mandatory use of TEDs and BRDs in the early 2000s combined with fleet reductions as a result of licence buy-backs has likely led to significant reductions in the amount of non-target species returned to the sea.

“The reduction in discards achieved as a result of management changes, however, remains undetermined,” he said.

Mr Campbell said the project team will also conduct quantitative ecological risk assessments for some species of sharks and rays.

“A recent ecological assessment suggested that prawn and scallop trawling may impose a high risk to several species of sharks and rays within the Great Barrier Reef Marine Park,” he said.

“Sampling aimed at collecting critical information for the risk assessments, including measuring the survival of sharks and rays after they are returned to the sea, is currently under way.

“We expect to provide stakeholders with estimates of trawl fishing effort levels that ensure the long-term sustainability of several species of sharks and rays that are common on Queensland’s trawl grounds.

“Trawl fishery managers are required to ensure the sustainability of all species affected by the trawl fishery, not just the targeted species such as prawns, scallops and Moreton Bay bugs.”

The project is due to be completed by September 2017.