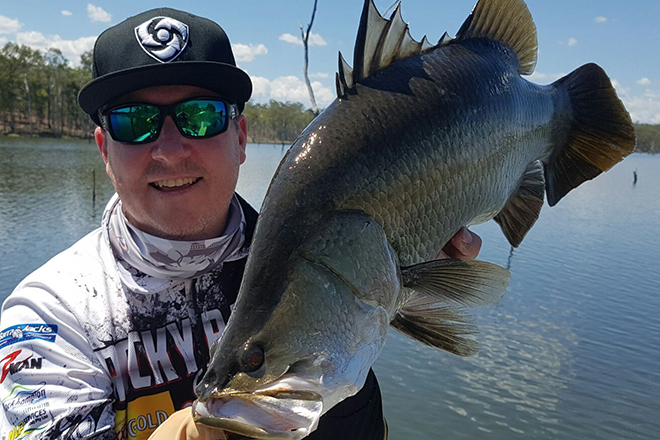 With the off shore forecast for the Bundaberg area not looking too good for the weekend, it is back up rivers and creeks for the keen anglers, and most of our local rivers have been fishing really well especially at the river mouth.

Baffle Creek and the Kolan River have started to really turn on some great fishing with some fantastic catches of flathead and queenfish being caught down around the river mouths. A few small barramundi and mangrove jacks have been caught further upstream.

The top of the Burnett has produced a few grunter and blue salmon. Some of the deeper holes in the river have produced a few mud crabs and lots of prawns, so it will be worth having a cast net in the boat.

The Elliott River has also fished well, with plenty of whiting and flathead being caught, as well as the odd mangrove jack.

For something a bit different, some of our coastal beaches have started to fish well. Whiting and dart have made up the majority of the catches with a few flathead thrown in the mix. The making tide seems to be best time to be on the beach. Yabbies and beach worms seem to be the favoured baits.

These hot northerly winds have warmed up the conditions for Lake Monduran to fire up, and this past week has seen some great catches of barramundi being caught. Barra to a metre in length have been landed. Bird Bay seems to be a hot spot at the moment, with up to five barra being caught per session. Stand-out lures have been the Lucky Craft Pointers and the Jackall Squirrels, while the Z-man 4 inch Swimmerz have been the hot favourite plastics.