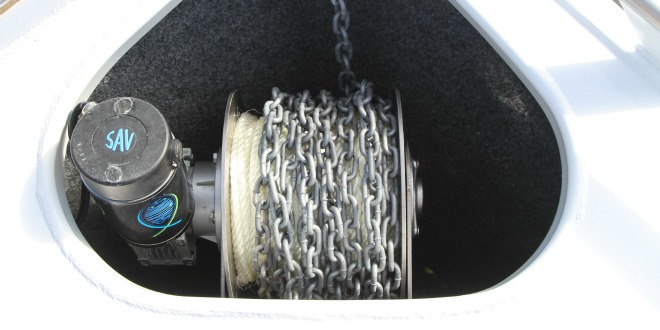 At the bottom of this pic you can see the extra mounting plate used to mount the Savwinch.

The biggest problem with the winches were too slow to drop the anchor, too noisy, the clutch would slip and too slow to retrieve. Not with Savwinch …

I RECENTLY went to dinner with a group of friends and had the opportunity to meet Nick Savva from Savwinch.

While at dinner I mentioned I had just placed an order with Stessl for a new 6.1m side console, which started the conversation about electric anchor winches. I said I had bought winches previously and had not found one that suited my style of fishing.

I used one on a 38’ Mustang that kept slipping in swells and the one on my Cruise Craft was too slow to use in deep water. Another time I had dealt with an electric anchor winch was on a 60’ Riviera where the sheer weight of the anchor and chain meant it was too heavy to lift by hand.

On one occasion we accidently let out all the chain and the only thing that stopped 100m of chain falling to the bottom was about 4m of rope. The anchor winch would only winch chain links, so it took a lot of muscle power to finally fit the chain back into the winch.

I quite liked Nick because he seemed very interested in all my hard-luck stories and he had been fairly quiet until I said I was not interested in buying an anchor winch. While I was expecting a barrage of features and benefits about his Savwinch, Nick instead asked me why an electronic anchor winch wouldn’t suit my boat. I said the biggest problem was the winches were too slow to drop the anchor and I would have to motor 200m upstream to try to anchor somewhere near the right spot when in 80m of water. I also said they were noisy, the clutch would slip and they were too slow to retrieve.

The time an electric anchor winch would suit me was if I wanted to use it in shallow water up to 10m. I was just happy to use my ball float to lift the anchor off the bottom, though my deckie never seemed to be excited to pull in the 150m of rope. Nick then said: “Let me tell you a bit about my Savwinch.”

Nick is a fisherman and understands all the problems associated with anchor winches very well, so that is why he set about designing a system that would revolutionise anchor winches. Well I listened to Nick for the rest of the evening and I must admit I was really impressed to the point where a few days later I called Nick and placed an order for a new Savwinch.

I received my boat about four weeks prior to writing this article, and even though my Savwinch was installed and ready to go, I hadn’t used it until a very recent trip. I was sitting in 65m of rather sloppy water. The wind had increased to almost 20 knots and the swell was about 1m, which made it difficult to fish with soft plastics.

It was at this point I realised how good my Savwinch really was. With the push of a button my anchor dropped to the bottom as fast as if I had thrown it over the side, except there were no knots in the rope. The first 8m of chain was a bit noisy but then nothing. This winch was unbelievably quiet.

I reversed the boat to let out a bit more line and set the anchor. If this was electronic free fall in action, I was completely sold. I’d actually say I was excited at this point.
We had been fishing for about 30 minutes when I realised I had not tied the anchor rope off to the cleat. Even though the wind and swell put a lot of strain on the winch, it didn’t slip, groan or make any noise at all. I decided to retrieve the anchor and believe it or not, the anchor came up very quickly and quietly until the last few metres of chain let me know we had almost reached the top.

I was a bit concerned that the anchor might bash against the front of the boat in the rough weather but it slipped onto the bowsprit perfectly thanks to a large swivel that stops the rope from twisting or knotting. If I was excited before, I was really excited now.

Finally, I had seen a perfect anchor winch in action. Everything Nick had told me was true.

Savwinch offers a wide range of winches from a small 550W model to suit little tinnies as small as 3m through to a 5000W model for boats up to 25m in length. I had decided to buy the 1500W model because I wanted a bigger drum that would hold more rope.

Speaking of the rope; a host of options are available from three-strand nylon to double braid and Dyneema. A 4mm Dyneema braid has a breaking strain of two tonnes. My rope consisted of 100m of nylon tied to about 20m of normal rope before being attached to 10m of chain. I placed the rope on the end of the nylon in case I encountered any sharp rocks or reef because the rope would give me a bit more abrasion resistance. I could use Dyneema if I wanted to add more length, but I really doubt if I would anchor in much more than 80m of water and the Dyneema is more expensive. All the rope and chain rolls onto a drum in a similar fashion to an overhead reel, so capstan winches may be a thing of the past.

Even though I selected the 1500W Savwinch, there was more than enough room to fit the unit into the existing anchor well. However I did need to brace the inner mounting wall to cater for the mounting bolts. The Savwinch comes with everything you need. The instructions are easy to understand and the whole system is fairly simple to install. I admit I have been totally converted.

If there is one thing that Frank Oostenbroek (FrankO) is passionate about, it's fishing with soft plastics. Whether it is in fresh water, estuaries or out chasing marlin, FrankO has proven his ability to continually to catch the big fish. FrankO offers a variety of services including a fishing school, photography and electrical fit-outs on boats.
Previous Catch a Catty Family Fishing Competition a Success in 2015
Next Whiting aplenty in Noosa River! 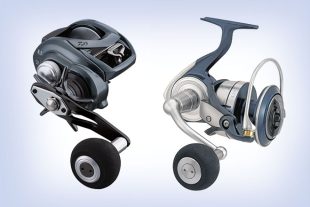 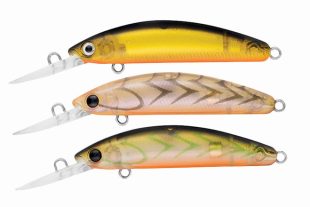 Perfect first-time boat owner package inclusive of all the frills. As the Australian aluminium boating …