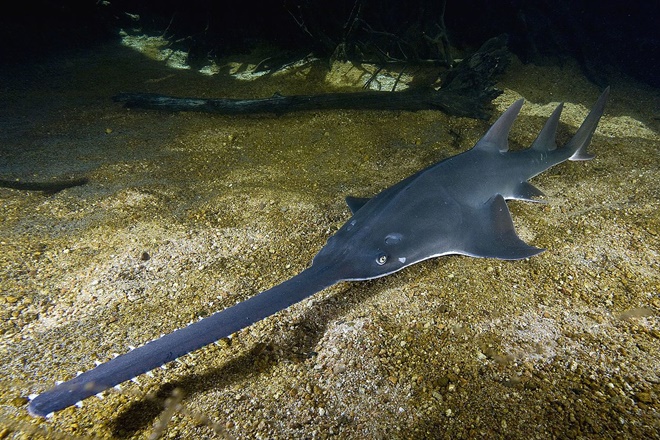 Have you seen a sawfish? 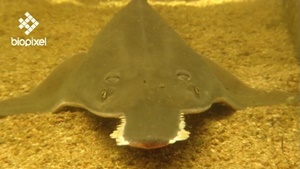 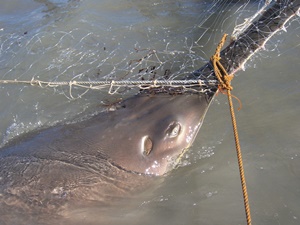 FROM Sydney to Cairns and Darwin to Perth, Sharks and Rays Australia wants to hear about your sawfish sightings – a live fish, a saw on the wall of your local pub, or a photo from your family album.

“Your sightings, no matter how long ago they happened, will help us work out how many sawfish there used to be, how many remain, and how we can help them recover,” says Dr Barbara Wueringer, a zoologist and the director of Sharks and Rays Australia (SARA).

Forty years ago, sawfish were regularly seen off Sydney and the east coast, and Perth and up the west coast. Today they’re rarely seen outside of the Gulf of Carpentaria, NT and the Kimberley.

Please report your sightings at https://saw.fish

These unusual fish can grow to six metres with saws as long as two metres. The saw can detect the electrical impulses of fish. Then with one slash it can cut smaller fish in half. It’s so streamlined that many prey fish may not detect it. But the saw gets caught in nets, and in the past it was a prized fishing trophy.

“Today it’s rare to see large sawfish,” says Barbara. “Most reports are three metres or smaller. But we could be wrong. There may still be some big ones out there.”

“These are beautiful creatures,” says Jessica Hudgins, a marine biologist researching sawfish at Heriot-Watt University in Scotland. “They’re so unique and special. They’re a big part of Australian history and culture. It would be tragic if we lost them forever.”

“For four out of five species, the waters of Northern Australia may contain their last populations. As sawfish are slowly retreating to remote parts of the continent it’s critical that we find out what’s out there, and how we can help them,” says Barbara.

Barbara is leading an investigation in Queensland to identify where sawfish still occur and in what numbers. “We’re working with local Indigenous Ranger groups, fishers, and landowners, and with scientists from around the world. But to make a real difference we’re now calling for wider public participation. Through this citizen science initiative you can make the difference to sawfish survival.”

SARA is based in Cairns. Their research is supported by the Save Our Seas Foundation (based in Geneva) and the US-based Shark Conservation Fund.

All sightings generated by the project will be shared with Team Sawfish at Murdoch University, WA and sawfish researchers from Charles Darwin University, NT.