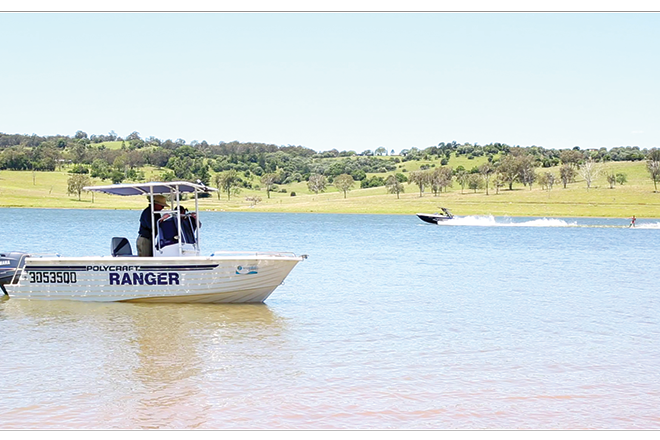 VISITORS to southeast Queensland’s lakes and dams are being reminded to play it safe this summer, with inland waterways continuing to be the leading location for drowning in Australia.

The warning comes from the region’s bulk water supplier Seqwater, which manages open catchments, allowing millions of visitors each year to enjoy recreational activities on the dams and lakes that supply our drinking water. Seqwater acting chief executive officer Dan Spiller said the summer months always saw an influx of visitors to Seqwater’s recreation areas, often in still water, so it was important for all members of the public to take care and be considerate of others.

During these busy periods, Seqwater rangers and compliance officers work with the Queensland Police Service and other agencies such as Maritime Safety Queensland to enforce safe and responsible behaviour on and off the water. “These patrols are not about stopping people from enjoying themselves, rather making sure that people are acting safely and responsibly,” Mr Spiller said. “Our rangers and police can’t be everywhere, so we rely on people to stay vigilant about their own safety and the safety of others.”

The warning follows the earlier release of the 2016-17 Royal Life Saving National Drowning Report, which revealed that inland waterways continued to be the leading location for drowning in Australia. According to the report, there were 97 drowning deaths in inland waterways such as rivers, lakes and dams in the past year. In addition, the highest number of drowning deaths occurred in summer.

To put the safety message at the forefront of people’s minds, Seqwater is launching its annual Play it safe education campaign, which will run during summer through to Easter. “It is important to remember that still water can still be dangerous – accidents can happen if we get complacent,” Mr Spiller said.

“Queenslanders grow up learning about safety in the surf and in the pool, but it’s just as important to follow some simple safety rules on still water. “I encourage everyone to plan ahead by visiting Seqwater’s website to explore what activities are available at each lake, along with helpful safety hints.”

Here are some tips for playing it safe at Seqwater sites:

Find out how you can play it safe and where on the Seqwater website or via the interactive map at seqwater.com.au/recreation