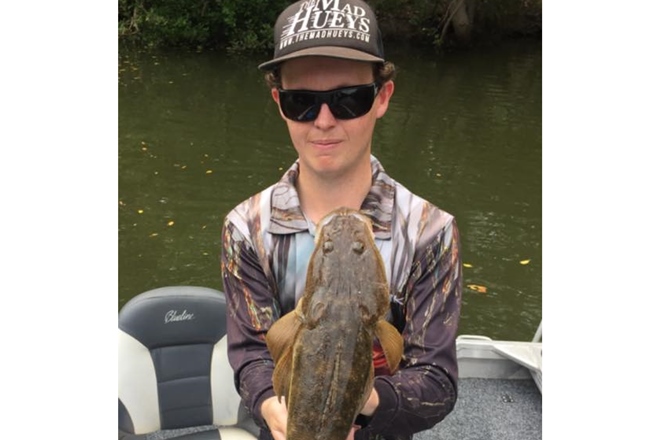 Mitchell Beyer with a flathead he caught recently.

Summer species on at Bundaberg

Well, it’s certainly been a week of warm weather around the Bundaberg area, with daytime temperatures at an all-time high.

However, it’s weather like this that turns on the summer species, with plenty of big mangrove jack being caught.  Most of the jacks have come from the deeper holes and have been caught on live baits with poddy mullet being one of the hottest live baits going.

There has also been an odd barra caught with these big jacks, but remember – it is currently closed season for the barra until midday on the 1st of February.  So, any saltwater barra must be released immediately and unharmed back to the river.

There has also been a good number of whiting and flathead around the sand flats with the first of the making tide being the best.  There has also been reports of a few nice grunter and river jew getting caught down in the deeper water near the port, with prawns being the favoured bait. 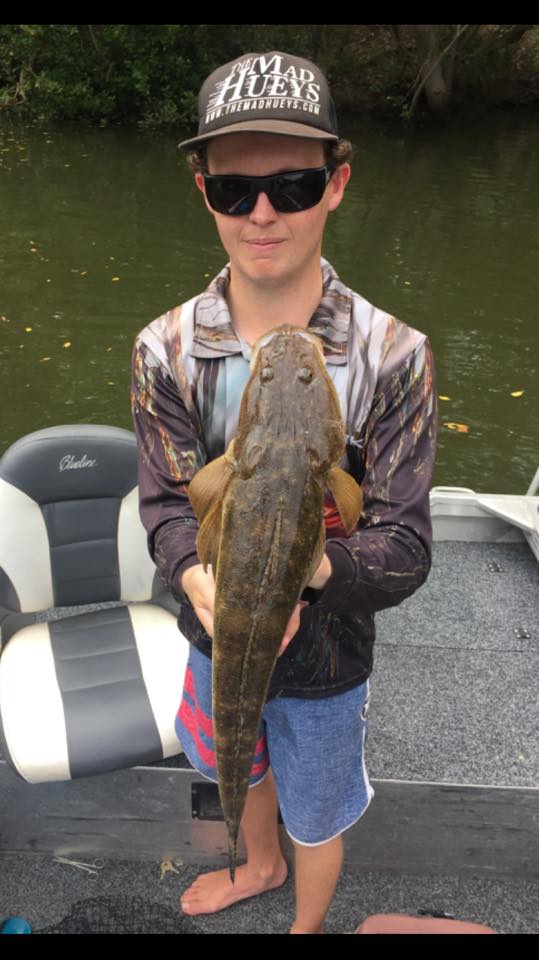 Last weekend’s big tides sure got the crabs moving, with plenty of good sized muddies being caught in all systems.  The key spots were around most of the smaller side creeks running off the main part of the river, and most of the crabs were full and in good condition.

Lake Gregory has also been fishing well for bass and an odd saratoga.  A few saratoga have come off the weed edges and have been caught on Spinnerbaits.

This time of the year, the bass move out into the deeper water, so most of the bass come out of fifteen to twenty feet of water.  Most of the bass have been caught on Jackall TN60 Vibes and small paddletail soft plastics fished slowly through the schools of bass.