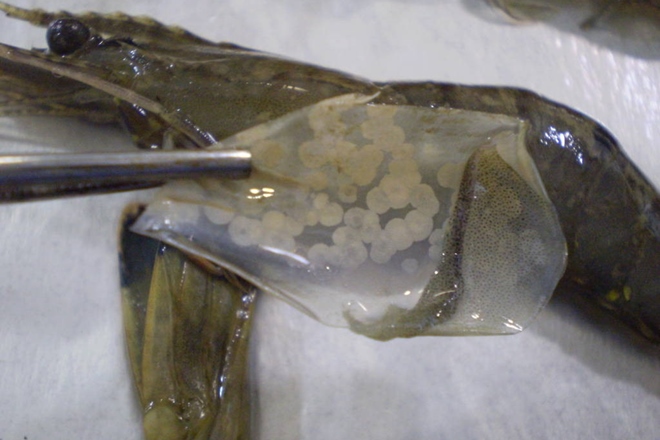 BIOSECURITY Queensland has completed decontamination and destocking on one of the three confirmed properties infected with white spot disease. Work continues on the second and third property and is expected to be completed this week. To date, about 700,000 litres of chlorine have been used to decontaminate 34 ponds as well as other water channels and settlement ponds.

Surveillance and sampling is continuing on the other five prawn farms in the vicinity as well as in the Logan and Albert rivers. Further testing of samples collected from the Logan River has returned negative results. More results are expected in coming days.

Investigations into the source of the infection are continuing, including testing locally supplied bait, and tracing movement of stock and equipment between properties. Agriculture and Fisheries Minister Bill Byrne met on Sunday with local prawn farmers impacted by the recent white spot disease outbreak. Minister Byrne visited one property that have been affected to discuss their current situation and Biosecurity Queensland’s plan going forward.

Additionally, the following items are prohibited from use in the biosecurity emergency area:

WSD is a viral infection that affects crustaceans. Australia has previously been WSD free and this is the first confirmed case we have had in an aquaculture setting. Prawns with WSD may have a loose shell with numerous white spots (0.5-2mm in diameter) on the inside surface of the shell and a pink to red discolouration.

Signs to look for include:
• unusual mortality;
• prawns coming to the edge or water surface of the pond;
• prawns demonstrating unusual swimming patterns; and
• reduced feeding and failure to thrive.

If you suspect a disease on your property, you must report it to Biosecurity Queensland on 13 25 23 or the Emergency Animal Disease Watch Hotline on 1800 675 888. Further information on white spot disease is available from the Department of Agriculture and Water Resources.