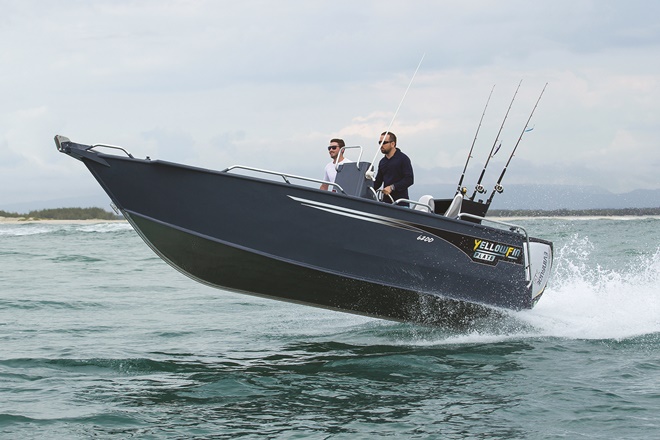 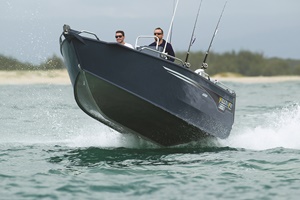 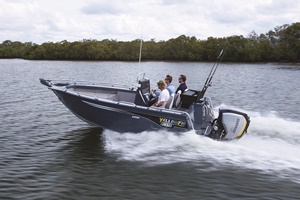 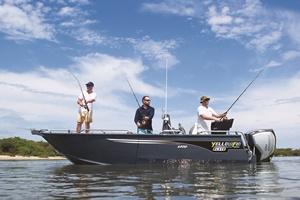 This design was developed in the Northern Territory by the saltiest of guides and used across Australia because it has complete visibility of the entire vessel while driving the boat, putting the captain on the fish and offering a smooth ride while seated at the transom.

Yellowfin Plate national account manager Drew Jackson said, “This style of boat has been available in the Northern Territory for years and Yellowfin Plate has the ability to spread this design across the country. The combination of the tried and true rear console design with Yellowfin Plate’s superior Marine Core Construction is a match made in heaven.”

The Rear Console design positions the captain and two passenger seats at the rear of the boat with three additional seat positions; one on the casting platform and two in the middle of the vessel. Versatility is the name of the game. In addition to the six seat post positions, there is a removable bait board for casting convenience and a console with plenty of space for endless electronics.

Yellowfin Plate boats are built with Marine Core Construction and equipped with the perfectly balanced Offshore HD hull. The variable deadrise eliminates that tippy feeling and slices through chop with ease. The Rear Console has a large central fishing area and raised casting platform to give fishos different vantage points while fishing.

@@BNBFishingMag
Previous From the burbs to the bay: GPS tracking reveals how litter travels
Next Building the dream Cruise Craft F360M