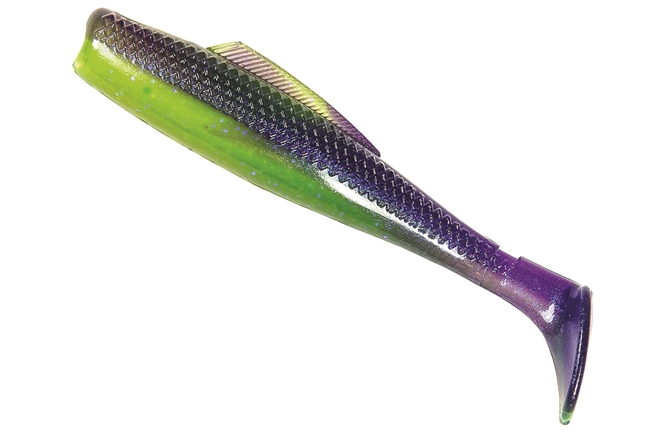 THERE have been some exciting new colours added to the range of popular Z-Man 10X Tough ElaZtech soft plastics, including Purple Death, The Wright Stuff and Hot Craw.

Purple Death is making a name for itself in both the fresh and salt, thanks to its UV-reactive green belly, translucent purple back and micro glitter that adds a natural scale flash. It is available in both the 3” MinnowZ and 4” DieZel MinnowZ.

The Wright Stuff, named after US angler Jesse Redfish Wright, who helped design the colour, is a natural translucent brown with a mix of black, gold and copper fleck, making it dynamite it dirty and tannin-stained water, along with targeting species that reside around muddy and weedy environments. Again in 3” MinnowZ and 4” DieZel MinnowZ, these two new colours will be on the menu for flathead, barramundi, mangrove jack, mulloway, bass and more.

The other new addition is Hot Craw, with a dark back over bright red with black and gold glitter. It is available in both the 2.5” TRD CrawZ and 2.75” TRD BugZ. Hot Craw is an excellent reaction colour and it will stand out from the natural colour range offered in these models. The 2.5” TRD CrawZ, 2.75” TRD BugZ and 3” MinnowZ have six per pack, while the 4” DieZel MinnowZ has five per pack with a SRP of $11.95.