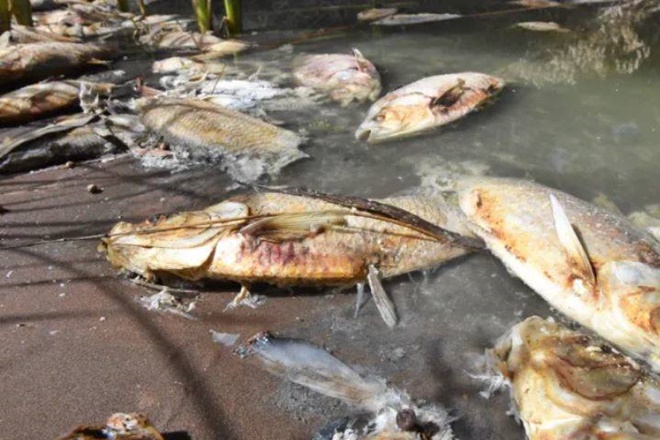 Aerators on their way for Lake Burrendong to prevent fish kills

The NSW Government will fast track the installation of up to four water aerators at Lake Burrendong, to reduce the risk of any further fish kill events caused by algae blooms, black water and oxygen depletion.

Minister for Primary Industries and Regional Water, Niall Blair recently visited Lake Burrendong to see first-hand the fish kill that claimed more than a thousand fish. Mr Blair said recent localised storm activity had produced flows and run-off that resulted in a significant amount of organic debris being washed into the dam.

“We believe that the primary driver for the kill was a sudden reduction in oxygen levels when the organic debris started to decompose,” Mr Blair said. “While water aeration won’t stop potential kills, it does provide localised areas, about the size of a basketball court, a place where fish can get more oxygen. Unfortunately the impact of this drought has seen Lake Burrendong drop to approximately 10 percent of its water storage level and we expect it will drop to as low as 5 percent.”

“The NSW Government is committed to monitoring the situation and helping to prevent further devastation to our ecosystems right across the State. Since December 2018, we have seen fish kills at the Namoi, Keepit, Menindee, Lake Cathie, Port Stephens, Lake Hume and we are keeping a close watch on Mannus Creek and Murrumbidgee in the coming weeks.”

NSW Nationals Candidate for Dubbo, Dugald Saunders welcomed the installation of new aeration technology at Lake Burrendong. “I thank Minister Blair for his quick action to try and reduce the impact on fish stocks in Lake Burrendong.” Mr Saunders said. “Unfortunately, this may not be the last fish kill for our region this summer, especially as high temperatures continue. With our catchment expected to drop even lower, any help to try and reduce the impact of kills is good news for the environment and our fishers.”