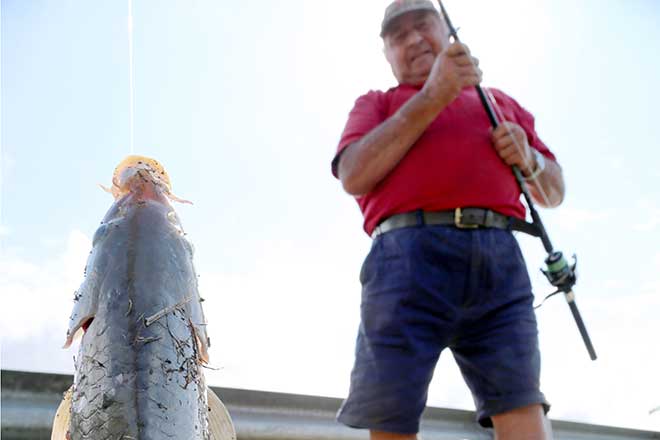 Anglers warned: using pest fish as bait is out of line 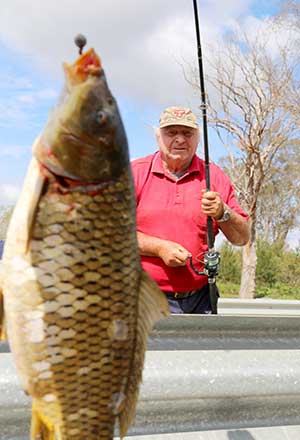 Seqwater is urging recreational fishers to take care when removing and disposing of tilapia from South East Queensland waterways, with reports of people using the noxious fish as bait.

Seqwater Biosecurity Officer Perry Ward said the invasive fish species (pest fish) had managed to dominate natural waterways across the region since they were first introduced into Australia in the 1970s. “Tilapia are an aggressive pest fish species that have become a problem for a number of reasons,” Mr Ward said. “They outcompete the native species for food and dominate aquatic communities.

“The species are incredibly fast at reproducing and are able to survive in many different environmental conditions that native fish find difficult to cope with.”
Mr Ward said new invasions of pest fish tilapia had resulted from deliberate and accidental introduction of the species into dam storages and rivers, even in instances where the fish were dead. “Tilapia are ‘mouth brooders’ and can carry more than 1,000 eggs at a time in their mouth, to protect the eggs from predators,” Mr Ward said.

“When a dead female is thrown back into a river or dam, some of the juveniles in her mouth can survive and colonise a new water body.” “Unfortunately there have been reports of people using the tilapia as bait. “In Queensland the law is very clear; tilapia can’t be kept, sold, used for bait, taken home for eating or used for any other purpose. There are fines of more than $200,000 for serious offences.” Mr Ward said Seqwater had a number of initiatives to limit the spread of tilapia. “We have disposal bins for tilapia set up at some of our lakes, local fish stocking groups release native fingerlings into our dam storages and we host community pest fishing days,” Mr Ward said.

“Even though total eradication of tilapia in South East Queensland is impossible, it’s important we do what we can to stop the spread.” Retired Boonah farmer Fred Schneider is indeed doing his part to rid waterways of tilapia, having caught and disposed of thousands of the pest fish around Lake Moogerah. The 73-year-old angler said he habitually went fishing from 6am to midday at least four times a week and generally caught dozens of tilapia in each sitting.

“I also catch a lot of carp, which is another pest species – it’s all in a day’s work,” Mr Schneider said. “I keep records of the thousands of tilapia and hundreds of carp I remove from the waterways each year. They’re always biting. “If I see any other anglers, I make sure they are aware about the restrictions in place to prevent the spread of this vermin fish.” 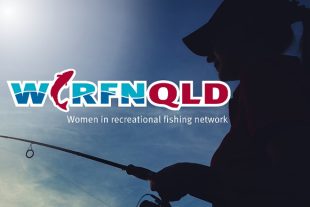