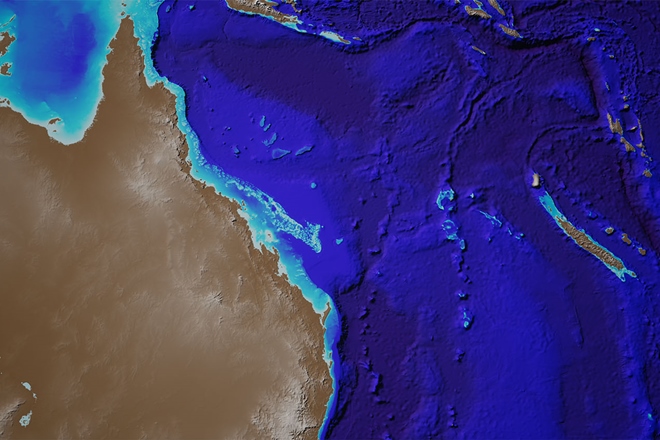 THE Australian Government has released the first high-resolution map of the sea floor of the entire Great Barrier Reef.

Minister for Resources and Northern Australia Matt Canavan and Minister for the Environment and Energy Josh Frydenberg announced the release of the data recently, saying it would be an invaluable tool for the future environmental management of this Australian natural wonder.

Minister Canavan said the data is the product of a four-year scientific partnership between Geoscience Australia, James Cook University and the Australian Hydrographic Service.

“The Great Barrier Reef is an Australian icon and natural wonder and Queenslanders are lucky to call it their own,” Minister Canavan said. “Having 1.5 million sq km of data shows us the reef’s structure and the underwater geography of the region on an unprecedented scale.”

The minister said this was the first high-resolution dataset in a series that Geoscience Australia would release covering large parts of the northern Australian coastline in the collaborative project with JCU and the AHS. “Geoscience Australia has provided funding and leadership to deliver these datasets over the next two years, and has worked with the AHS to bring its vast holdings of marine data to the project,” Minister Canavan said. “This series will provide a detailed view of the marine geography of our northern coastline, assisting to maintain safety at sea, law enforcement and broader government and commercial operations.”

Minister Frydenberg welcomed the release of the data, which he said represented a big step forward for the environmental management of the natural wonder that is the Reef. “The quality of this huge dataset gives government agencies access to the information they need to make the right decisions to protect the reef for future generations,” Minister Frydenberg said. “This is a treasure trove of data and it will be put to a range of uses, including research into marine ecosystems and oceanographic and tidal modelling, which among other things helps better predict storm surges along the Queensland coast.”

The full dataset is available at ecat.ga.gov.au/geonetwork