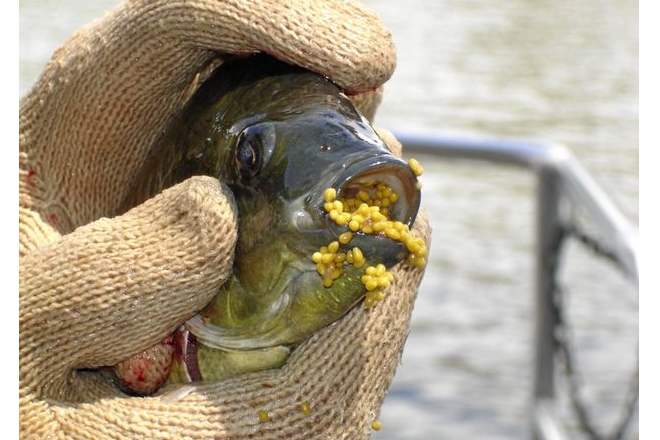 SIGNIFICANT flooding events following the impact of tropical cyclone Debbie may have further enabled the spread of tilapia, a pest fish species, throughout the Fitzroy Basin.

“Tilapia rise to the top of the food chain rapidly in waterways where they are present,” he said. “Everyone has a role to play and something to lose if no action is taken.” The best weapon against further tilapia spread is the ability to confidently identify the species when caught. Distinguishing features of tilapia include a continual dorsal fin, with a pointed tip.

Native fish on the other hand, have a dip or dent separating the dorsal fin and a rounded tip. Anglers may also enable the spread of tilapia when netting live bait, relocating juveniles from one waterway to another. It is the responsibility of the angler to recognise and humanely dispose of pest fish species, or risk substantial fines.

FBA has undertaken extensive monitoring, e-DNA sampling and mapping to provide accurate and current information for the battle against tilapia in the Fitzroy Basin and neighbouring coastal catchments. E-DNA sampling involves collecting water from priority locations across the basin. Samples undergo genetic testing and can conclusively detect whether tilapia is present. High levels of tilapia DNA suggest a high concentration of the pest fish. This scientific process has confirmed tilapia are present from the upper Isaac River near Moranbah, throughout the Mackenzie River and the Fitzroy River as well as adjoining creeks and waterways. Flood events as witnessed earlier in the year may mean tilapia have breached dam and weir barriers previously halting their waterway movement.

“Pay close attention in the likely places they will infest next and report any sightings immediately,” Mr van Nunen said. “Tilapia are considered to be in the top 100 pests globally. It would be devastating to most Queenslanders if the only fish species in local waterways was tilapia.” It is illegal in Queensland to keep or release tilapia. The most appropriate method of humanely destroying tilapia, endorsed by the Department of Agriculture and Fisheries, is a sharp blow to the back of the head, above the eyes. The carcass must then be binned or buried above tidal influences, generally at least 50m from the water’s edge.

There are five current alert areas within the Fitzroy Basin and surrounding coastal catchments.

Detection in these areas must be reported via the FeralFishScan app or on the website.

You can also email photographs to feralfishscan@feralscan.org.au

Information recorded will immediately provide data to FBA, the Department of Agriculture and Fisheries and Biosecurity Queensland. Tilapia are considered a delicacy in many continents such as Asia and Africa, but in Australia, to keep and eat tilapia is illegal.