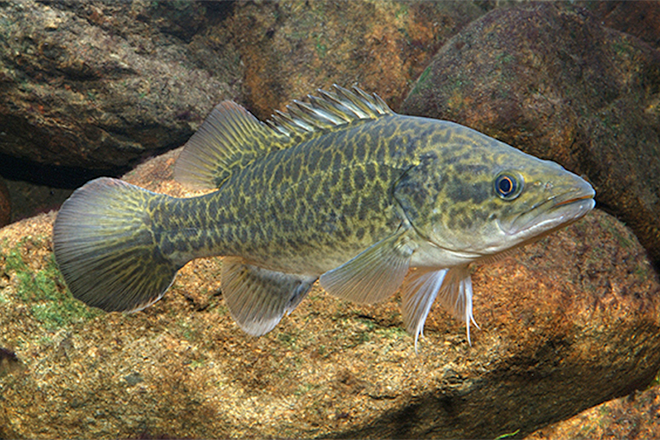 LOOKING back over eight years of working with cod, with two professors, two doctors of biology and three biologists, not to mention 100 mad-keen cod anglers who stuck tags into over 1500 of these great freshwater fish, what has happened with the results?

In Queensland, we are still using the same size limit for cod. Thank god. While in NSW and Victoria there is a slot size limit of 55cm to 75cm to take a fish home. I would like you to read the results we came across from our Murray cod research project (breakout box, right).

Unfortunately it will be two years before there’s any chance of shutting down this slot size debacle in NSW and Victoria. A computer can only give results on what it is fed. Science involves getting your hands dirty and writing down results that come from good hard-proven findings, not rehashed information from the late ‘70s and ‘80s.

Cost cutting won’t work – you need bodies on the ground doing the research. Check out Table 1 to see the time fish spend in the slot size range. You then need to look at stocking rates. Back in 2002, someone stated we needed to bring our cod populations back to the pre-European visitation levels.

Sitting somewhere in an office are over 1500 DNA samples from Murray cod and 313 Murray cod otoliths taken from the Gwydir, Macintyre and Dumaresq rivers, which are yet to be processed due to lack of funding.

At the time of writing, 100ML of water was going out of Glenlyon Dam while the cod in the river are on nesting sites. This amount of cold water should not affect the breeding format.
It works both ways though, and cod are on nesting sites in the dam too, so if the water drops too far we will see egg sites exposed on the storage.
Pindari Dam was outflowing 100ML into the Macintyre River and Copeton Dam was outflowing 2000ML.
Let’s hope it won’t get pumped out before it gets to where it has to do its job.

Conclusions and recommendations from the Murray cod study

THIS study was the first comprehensive research undertaken into the biology of Murray cod in the Border Rivers region of northern NSW and southern Queensland.
We successfully quantified the age and growth, reproductive biology and diet of cod in three of the major river systems in the region.
We also quantified the fish assemblages in the same three rivers and described the Murray cod populations in each system.
Finally, we monitored and described the movement patterns of Murray cod in an upland stream at the northern extreme of its range, which also hadn’t been done previously.
Major recommendations from our study are:
• Refine techniques and strategies used in angler survey in the Dumaresq to allow the roll out of wider programs across the Murray-Darling Basin.
• Review current stocking practices to ensure a more ecologically balanced and sustainable Murray cod fishery in the Border Rivers region.
• Monitor Murray cod stocks across the Border Rivers region to determine if recent changes to the slot and size limits in NSW is adversely affecting populations.
• Review closed season for Murray cod so it better incorporates the entire breeding season of the species in the northern extremities of its distribution.
• Ensure environmental flow strategies consider the need for Murray cod to move throughout the year but particularly during the breeding season – August to October.
• Improve connectivity throughout the Dumaresq to allow migratory species such as bony herring and golden perch to more readily move into the upper reaches of the system.
• Review current water release strategies from Glenlyon Dam to assuage the effects of cold-water pollution.