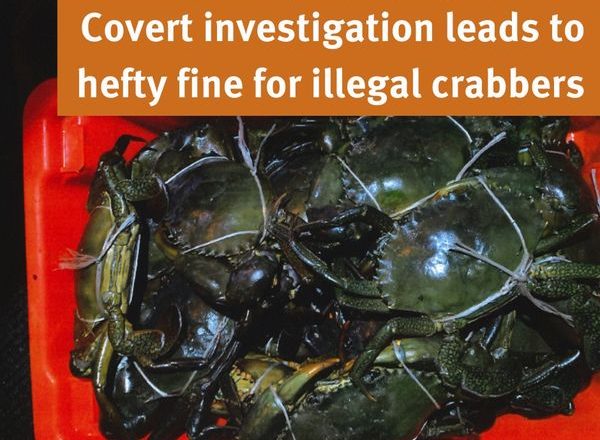 Two fishers have received a total of $20,131 in fines and costs for illegally crabbing in a Moreton Bay Marine Park green zone.

Two fishers have received a total of $20,131 in fines and costs for illegally crabbing in a Moreton Bay Marine Park green zone.
Marine park rangers were conducting covert surveillance of the Pannikin Island Marine National Park Zone when they found two unlawfully set crab pots. Later that night, they observed two men in a recreational vessel inspecting the crab pots.
The rangers and Queensland Boating and Fisheries Patrol officers intercepted them, finding 24 live mud crabs on board, which were seized.
All Marine National Park zones, known as green zones, are designated “no take” areas, with a complete prohibition on any crabbing or fishing. They are in place to protect our precious marine ecosystems from the threat of over-fishing.
While they were recreationally fishing on the night of the investigation, both men were active, licenced commercial fishers at the time of the offence, and in sentencing, the Court highlighted the important role commercial fishers have in sustaining the environment to protect for future generations.
Fisheries Queensland #QldEnvironment