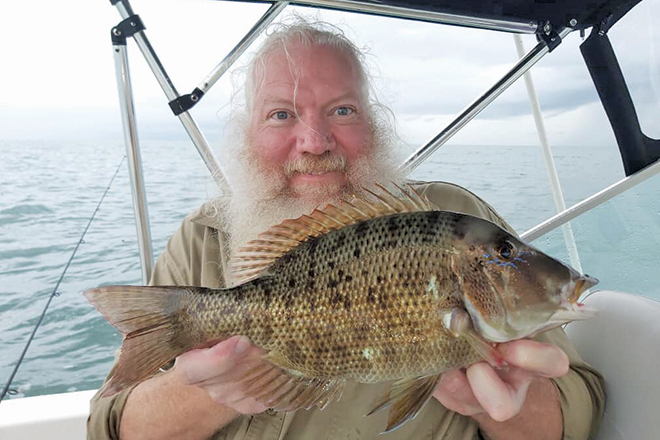 Hasn’t the year flown by already… here we are in March and winter is just around the corner. Moreton Bay round-up

Pelagic action has dominated the catches coming from the bay, with plenty of doggy mackerel being caught around the beacons – mainly from the M8 north and the Measured Mile across to Moreton Island Sandhills.

As usual, birds have been showing the way.

Though try trolling paravanes along the Amity drop-off from Peel Island up to the Rous Channel.

Some good schools have also been showing up in the Rainbow Channel and the ones we found popped up in front of us while we were trolling paravanes.

Goes to show, you have to be in the right place at the right time – especially on an incoming tide when the bait is moving into the bay.

Another area to try is from the mouth of the Pearl Channel across to the shipping channel off Bulwer.

Spotted mackerel have shown up in this area, or again from the Measured Mile across to the Sandhills, with the odd school off the western side of Peel to the eastern side of Mud Island.

Longtail tuna have been found from the Four Beacons to the Sandhills, and again off the western side of Peel, where they’ve been busting the surface while feeding.

I work on the theory that once spotties turn up in Hervey Bay, within a couple of weeks they start showing up in Moreton Bay.

Again, birds have been the best indicators as to where pelagics are feeding.

If the birds are high up, the bait is down deep but once bait come closer to the surface, the birds will start feeding.

If the fish are breaching the surface, you can usually tell what pelagic is feeding on the bait boils.

Mack and longtail tuna breach the surface when feeding, while spotties and doggy mackerel don’t.

There are plenty of grass sweetlip around the bay island shallows, particularly Green and Mud islands, the Wellington Point shallows and the northeastern side of Peel Island.

At present, Green and the Wello shallows are alive with grassies and pan-sized snapper.

Scarborough shallow reefs have also been producing reasonable catches of grassies and some nice snapper.

Plenty of summer snapper are around when fishing the same areas for grassies, or isolated structure around the Measured Mile.

Also, the shipping channel from the isolated structure on the western side of the channel off Tangalooma, around Curtin and the drop-offs around Bulwer.

Coochiemudlo Island has been producing reasonable catches of snapper, grassie and the occasional jewfish from eastern side across to Macleay Island.

The Brisbane River is on fire at present with nice snapper coming from the drop-offs around the container terminals.

Previous Carp and tilapia eradication
Next Teaching our youth to fish