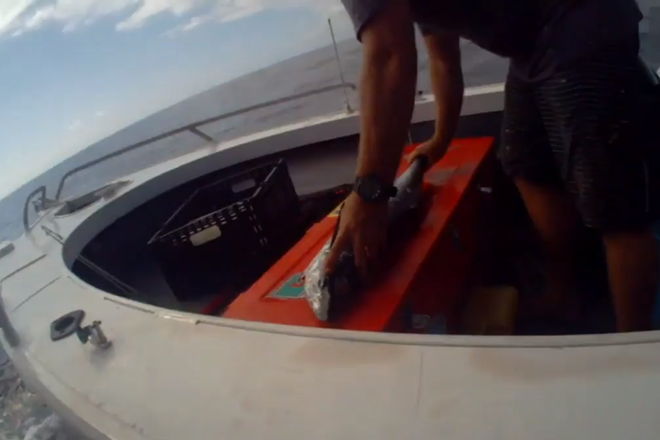 SUNSHINE Coast Queensland Boating and Fisheries Patrol officers have seized 130 crab pots from the Maroochy River during a targeted operation in January.

“Crabbing is one of Queensland’s most popular forms of fishing, however the impact of ghost fishing on the environment is a serious problem that must be addressed. The high number of abandoned crab pots, some of which can trap turtles, recovered by QBFP officers shows that greater care needs to be taken by fishers setting crab pots.”

Mr Furner said the proper use of fishing gear was ultimately the responsibility of fishers.

“A range of legal requirements apply to crabbing in Queensland including restrictions on fishing gear and size and possession limit,” Mr Furner said. “For example, fishers can be fined $261 for failing to mark apparatus correctly or failing to use a prescribed float. People who see suspected unmarked, lost or abandoned crabbing apparatus, should record an accurate location, such as GPS coordinates, of the apparatus and report it to their closest Queensland Boating and Fisheries Patrol office or the FishWatch hotline on 1800 017 116.”

“QBFP monitors fisheries compliance by more than 642,000 recreational fishers and 1700 commercial fishing licence holders,” Mr Furner said. By its nature, Queensland Boating and Fisheries Patrol field work can be hazardous and officers at times operate in difficult, often isolated and dynamic environments. It is now a workplace health and safety requirement for all Queensland fisheries officers to wear body cameras to capture video footage of inspections and interactions with the public.

“The body cameras and upgraded computer servers to store the recorded data have been progressively rolled out to QBFP’s 19 bases statewide. The footage is stored in a secure environment and reviewed if necessary.”

What should people do if they suspect fishing gear has been abandoned?

If you suspect illegal fishing, whether seen in person or online, report it to the FishWatch hotline on 1800 017 116 or the online Fishwatch form at www.facebook.com/FisheriesQueensland

Under Fisheries legislation, it is an offence to unlawfully interfere with fishing gear including crab pots.