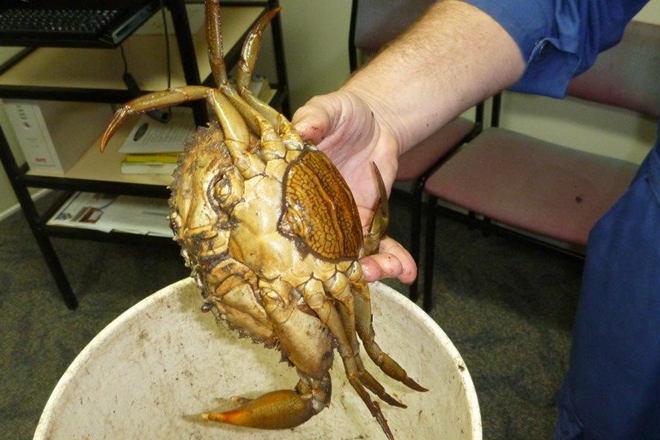 Queensland Boating and Fishing Patrol district officer Russell Overton said the crabber was approached walking along Kawana Way carrying a bucket. “As the officers approached, the crabber threw the bucket into nearby mangroves,” Mr Overton said. “Attempts to inspect the crabber’s bucket, which contained one female mud crab and two undersized male mud crabs, were made difficult by the fisher verbally and physically abusing the officers. “The man also ran from the officers, through busy traffic, endangering his life. “The fisher was located some time later in a nearby industrial estate attempting to enter a relative’s vehicle.”

Mr Overton said the defendant appeared in the Maroochydore Magistrates Court and pleaded guilty to five charges involving failure to stop, obstructing an officer, possessing regulated mud crabs and using crab apparatus that was not marked as per the requirements of the Fisheries Regulation 2008.

“When handing down the verdict, the Magistrate noted the defendant’s blatant disregard for Queensland’s fisheries regulations and his threatening behaviour towards officers,” he said. “In Queensland, female mud crabs are a no-take species while male mud crabs have a minimum size limit of 15cm across the carapace, with a possession limit of 10 per person. “The Kawana Way is an important recreational shore fishing area and QBFP will continue to monitor the area at all times of the day and night.”

For more information on Queensland crabbing rules to ensure you are not partaking in illegal crabbing, visit www.fisheries.qld.gov.au, call 13 25 23 or download the free Qld Fishing app from Apple and Google app stores. You can follow Fisheries Queensland on Facebook, Twitter and Instagram (@FisheriesQld).
Photo: Department of Agriculture and Fisheries