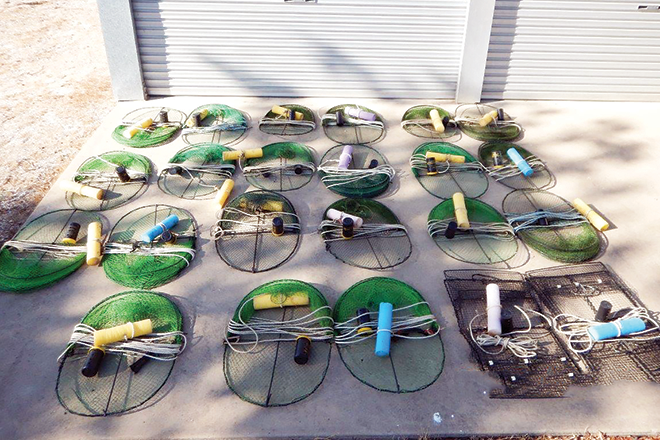 TWO recreational fishers from Townsville who were found with eight times the legal possession limit of red claw have each been fined $3500.

“They were also fishing with five traps more than is legally allowed and their fishing gear was not correctly tagged with the owner’s name and address.” The fishers faced 11 charges in the Townsville Magistrates’ Court including unlawfully possessing regulated fish and failing to comply with regulated fishing apparatus declarations.

They were both found guilty, fined $3500 each, had no conviction recorded and all 18 fishing traps were forfeited to the court. Mr Ibell said possession limits and restrictions to freshwater fishing gear were in place to protect Queensland’s valuable fish stocks from overfishing.

“A fisher must not use more than four canister, collapsible, funnel or round traps, or four dillies, or a combination of these traps at one time,” he said. “There is no size limit for red claw, however, the possession limit is 40 in their natural range, which is the Gulf of Carpentaria drainage and from Jacky Jacky River basin south to the Normanby River basin on the northeast coast of Queensland.

“Female red claw carrying eggs and young must be returned to the water when taken from these waters.” Fishers have a responsibility to ensure they understand and are up to date with Queensland’s fishing rules.