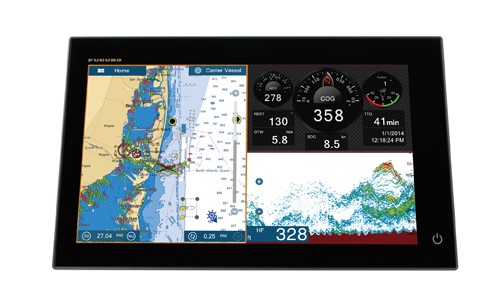 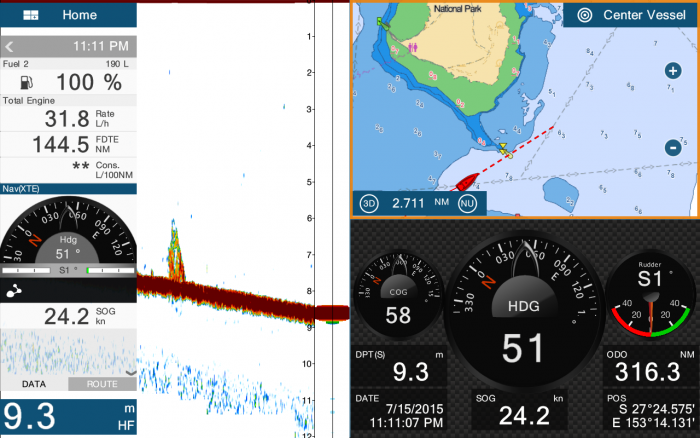 TZTOUCH2 is a touch-only multi-function display (optional joystick available) and Furuno designers have developed a simple, refined, bright and bold user interface where accessing menus is done from the main screen or via an ‘edge swipe’ motion.
TZtouch2 is the first MFD from Furuno to include a built-in 56-channel GPS receiver and dual-frequency 600w/1kW fishfinder.
The fishfinder includes Furuno’s unique Bottom Discrimination and ACCU-FISH modes, but it also incorporates another new Furuno proprietary fishfinder technology called RezBoost.
RezBoost is a revolutionary new feature that utilises Furuno’s exclusive digital signal processing protocol to produce fantastic target resolution and separation, without the need to change out your transducer or buy expensive broadband transducers.
With RezBoost you can now achieve target separation and resolution that was previously limited to Furuno’s commercial-grade fishfinders.
NavNet TZtouch2, like previous NavNet systems, is a component-based system that uses Furuno’s award-winning network products.
You can choose from a 12.1” WXGA or 15.6” FWXGA multi-touch display that both employ multiple chart platforms.
From there, you can add a variety of digital ultra-high definition radars from a 2.2kW dome to a 25kW open array as well as external fishfinder modules.
As with NavNet TZtouch, you can integrate, display, and control the NavPilot autopilot from your TZtouch2 MFD.
You can also share settings with Furuno’s new glass bridge-look FI-70 instrument display.
Both these products have displays that match the TZtouch series, giving your helm a beautiful all-glass finish.
Additional sensors that can be added to the network include AIS, Weather Fax, Fusion Marine Stereo, FLIR cameras as well as NMEA2000 and Furuno CAN bus devices.
It even includes one NMEA0183 output port to send data to legacy systems.
You can download several free apps for both Apple and Android devices for use with your TZtouch2 display, or there’s a physical remote keypad that can be connected as well.
More wireless capabilities are planned, including connection to the ActiveCaptain service that delivers crowd-sourced points of interest, community charts that allow users to report changes such as depth, obstructions and so on and finally a TimeZero cloud data service that will allow you to back up and synchronise your data across your TimeZero devices.
The new TZtouch2 also represents amazing value with its easy-to-use interface, built-in GPS and RezBoost fishfinder.
Packaged from $4990 RRP, it is the perfect way to get the latest Furuno technology.
For more information, visit www.furuno.com.au 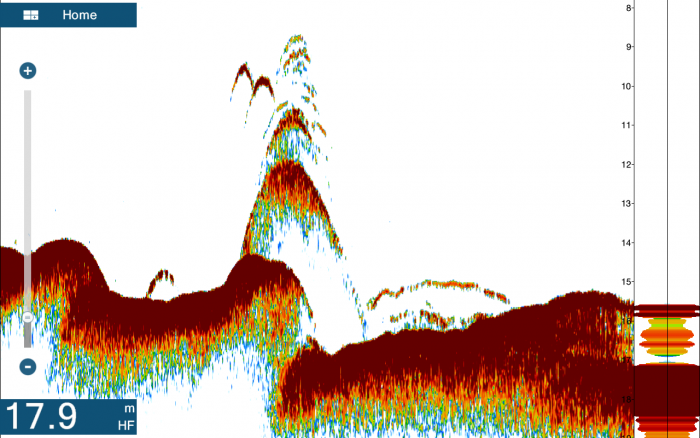