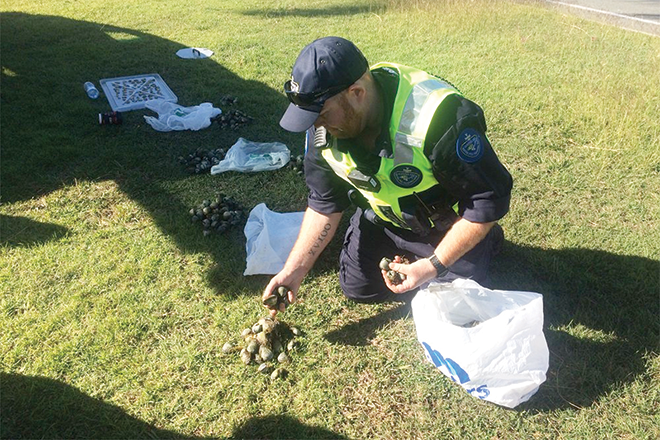 Have your say on the future of Moreton Bay shellfish collecting

THE Queensland Government is seeking public feedback as it considers closing Moreton Bay to shellfish collecting.

Fisheries Queensland executive director Claire Andersen said there continues to be a serious level of non-compliance with fisheries regulations for collecting shellfish, particularly at Sandstone Point.

“This year, 74 fisheries infringement notices with fines of $19,386 have been issued for unlawful collecting of molluscs at Sandstone Point,” Ms Andersen said. “Fisheries officers have made considerable effort to educate the community about the fishing rules for molluscs and the importance of only taking a small number, but people are still not fishing by the rules. Gastropods and bivalve mollusc species are highly susceptible to depletion because they remain in one place and can be easily accessed in fishing grounds close to urban centres. The Moreton Bay fishery working group and the Sustainable Fisheries Expert Panel have both recommended Moreton Bay be closed to shellfish collecting due to the ongoing lack of compliance and concerns about sustainability.”

Ms Andersen said the Queensland Government is currently considering the closure option and feedback from fishers and members of the public is now being sought.

“The closure would not apply to pipis or worms and would only apply to bivalve molluscs and gastropods such as mud welks, cockles and mud arks. People can submit a response to an online survey by January 6, 2019 at surveymonkey.com/r/CMQZYDN

“In the meantime, I urge fishers at Sandstone Point to fish by the current rules to ensure shellfish stocks are protected for future generations of Queenslanders. There is a possession limit of 50 bivalve molluscs per person, including molluscs previously collected but not yet eaten.”