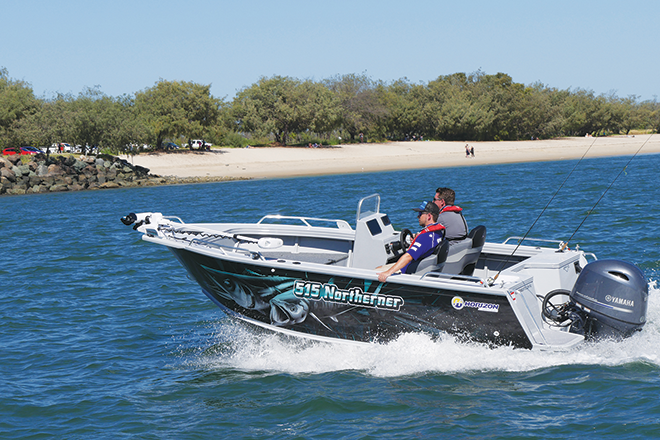 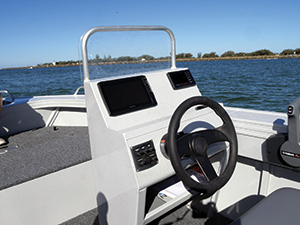 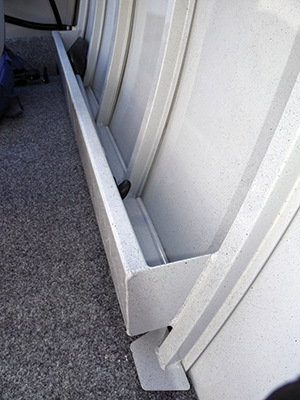 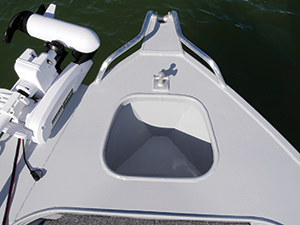 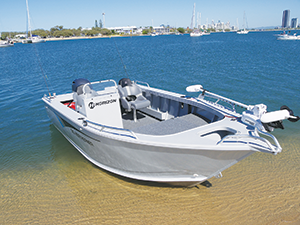 The Northerner line-up consists of six models ranging in size from 4.15m to 5.4m, giving anglers plenty of choice when deciding on a boat. Already a popular choice for keen fishos, the Northerner has seen a few upgrades for all 2018 models. Some of these are an electric bow mount platform, now standard, modified bow rails and a massive removable 115-litre icebox.

I recently took the 515 Northerner fitted with a Yamaha 115hp four-stroke for a run in the Broadwater to see how it performed and the results were impressive. One of the first things I noticed when jumping aboard was the battery, which is now centrally located. This is a standard feature and gives the boat better balance at rest and under way.

It has also allowed for additional storage on both sides of the battery as the transom has been redesigned. Now, two large and easily accessible shelves are ideal for keeping your tackle bag or safety bag with life jacket within easy reach. Additional storage can be found in the large side pockets, and as I have said before, you can never have too much storage, especially when it’s close at hand.

Aside from the large icebox under the front casting platform, you’ll find even more storage in the form of two additional hatches. These present a great place to stow bulky items. A 30-litre live bait tank has also been added to the standard package. Combine this with the large front casting platform and electric motor and you have a dedicated fishing rig for bait and lure fishos.

Given these features, the Horizon 515 Northerner would be equally at home on offshore reefs or luring for barramundi in impoundments. While predominantly a fishing rig, that doesn’t stop it suiting other purposes such as a family runabout. Throw in an extra pedestal seat or a cushion on the front casting platform and you could easily enjoy fun family boating in the Broadwater or Moreton Bay.

And with the 115hp Yamaha four-stroke on the back, towing tubes or wakeboards around would be a breeze as well as easy on the pocket due to the motor’s excellent fuel economy. As tested, the Yamaha cruised easily at about 3500rpm travelling at 34km/h. If I gave the motor a punch, wide-open throttle saw us hit 65km/h.

The best thing was, even flat-out the boat performed well and was easy to drive. Actually, it was fun to drive. Trimmed down slightly, at WOT I threw the boat into a tight turn and it handled superbly. While you wouldn’t normally drive like this, it is good to know you could if you had to. Another notable feature was the very comfortable pedestal seats.

Though the boat rode well through the slop out the front of Wavebreak Island, a decent seat goes a long way to ensuring excellent ride comfort. The helm had plenty of room to flush mount large electronics, and you could even mount additional units on top of the console or to the side if you wanted to go over the top with devices.

Overall, the workmanship that goes into a Horizon hull is of a high standard, with extra ribs added for greater hull strength. Combine this with 4mm bottom and 3mm side sheets, a 2.4m beam and 1.23m depth and you have a serious rig with a solid and stable ride, which is what you want, especially if you intend on going offshore.

However, basic packages start from about $32,000 with a Yamaha 90hp four-stroke and trailer.

For more information on this and other Horizon models, check out horizonboats.com.au
We’ve also uploaded a video report to our YouTube channel BNBFTV, so be sure to have a look at it above.