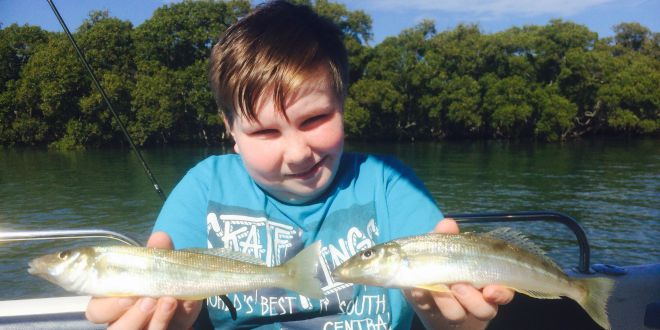 How to Catch Winter Whiting

If you have ever wondered how to catch winter whiting, this informative guide by Moreton Bay guru Sean Conlon will help you out.

CATCHING winter whiting is something I don’t do often but these fish have been around in good numbers, are quite tasty and are a lot of fun to catch.

This sort of fishing is great because you don’t need to spend a lot of money and have a big setup. In fact you can target whiting with a basic rod and reel or even a handline.

If using a handline, the rig consists of 6-8lb line, a 0 or 1 ball sinker, then a swivel and about 50-60cm of trace and a Mustad Bloodworm size 4 (90234NPNR) hook tied on the end. If using a rod, anything from 7’-9’ with a nice soft tip is suitable. Spool the reel with 6-8lb line and the same sinker, trace and hook setup as the handline.

When using a rod and reel, run a very light drag setting because it seems to help when hooking these fish up. Remember you’re not fighting marlin, just catching whiting. It also doesn’t hurt to use 1”-2” of red tubing just above the hook.

Now you have your setup, let’s discuss what bait to use. If you can afford them and don’t mind spending the money, bloodworms are the go. However I prefer to use squid.

For one, it doesn’t cost much, and two, squid entices enough whiting for a feed. When using squid, we have caught most of our fish by cutting it into 1”-2” strips that are 3-5mm wide. I then gently hit these strips with the back of my knife. Whether this helps bring the natural oil out of the squid or tenderise it slightly I don’t really know, but it does seem to make a difference.

The other thing I have noticed is if you’re drifting over the banks and haven’t had a bite for a while, bring your bait in. If it hasn’t been eaten and is looking a little grey and washed out, take it off and put a new piece of squid on because this definitely makes a difference.

So how do we catch winter whiting and where do we go? I have found it doesn’t matter whether you’re on the Banana, Pelican or Amity banks because the fish are congregating on all at the moment. I fish off the edge of the banks in 4-5m of water and then as the tide increases I move on top of the banks in 1-2m.

Just make sure that no matter where you’re fishing, on the banks or off, you are getting some form of drift. I have found that when the wind is running against the tide and there isn’t much run it’s a lot harder to catch these fish.

It’s the same as everything; no run, no fun. You need a bit of movement so you can drift across the banks. When you start to catch fish, ensure you mark where the fish are on your GPS.  Keep drifting and if you catch another couple of fish, again mark the location.

Once I get three or four points I’ll turn around and come back up on the first mark. Then I will do the same drift again and again until I stop catching whiting.

If you don’t have a GPS, here’s something I used to do when fishing with my grandmother many years ago. My grandmother would have a few floats with weights tied to them, and as we caught fish she just dropped a weighted float over the side. We would keep drifting until we caught a couple more and then she’d put another float out. The floats marked where the fish were, so we would simply drive back up and do the drift again. It is a fairly simple system but works quite well.

One thing that has changed substantially since I fished that way is green zones now exist. So when you are fishing the banks, make sure you are not fishing in a green zone because it will really wreck your day if the Fisheries officers come along and you’re doing the wrong thing. You’ll get a significant fine, so definitely avoid fishing in a green zone.

Another species that will definitely be on the bite during September is the humble flathead. Flathead should be all through Moreton Bay and right down to the Broadwater, so make sure you have a crack at them. Take the time to check the tides and have a plan before you leave home.

I’ve been through this plenty of times, but your rod and reel should be rated from 2-4kg and filled with 6-10lb braid and 10-12lb leader. Successful lures can be anything from shrimp-type lures such as the Zerek Hot Legs to paddle tails including Zerek Flat Shads and Gobblers Lures. Lures in the 90mm range work best. When it comes to trolling, we’ve been having plenty of success with the Zerek Tango Shad.

A favourite time for targeting flathead is at low tide with a 0.5m or lower tide. At this time I’ll cast soft plastics into drains as the water flows out or troll Tango Shads up and down in front of those drains. Another time when I like to target these fish is at the top of the tide, especially when it is about a 2m tide. At high tide I’ll drift around the edge of the mangrove lines, casting soft plastics towards them. Towards the Broadwater, I like to troll hard-bodies on top of the banks for those fish that come up on top of the banks to feed at high tide. Alternatively I’ll drift over the banks with a lightly weighted prawn.

Whichever method you choose, make sure you get out there over the coming month and have some fun. I’ll be doing a talk at the Brisbane Boat Show on Friday, September 4 about catching flathead on soft plastics, so if you come along, don’t forget to say hello.

If you’d like to join me on a charter, phone 0433 732 310, visit www.moretonbaycharters.com.au or check out the Moreton Bay Charters Facebook page. 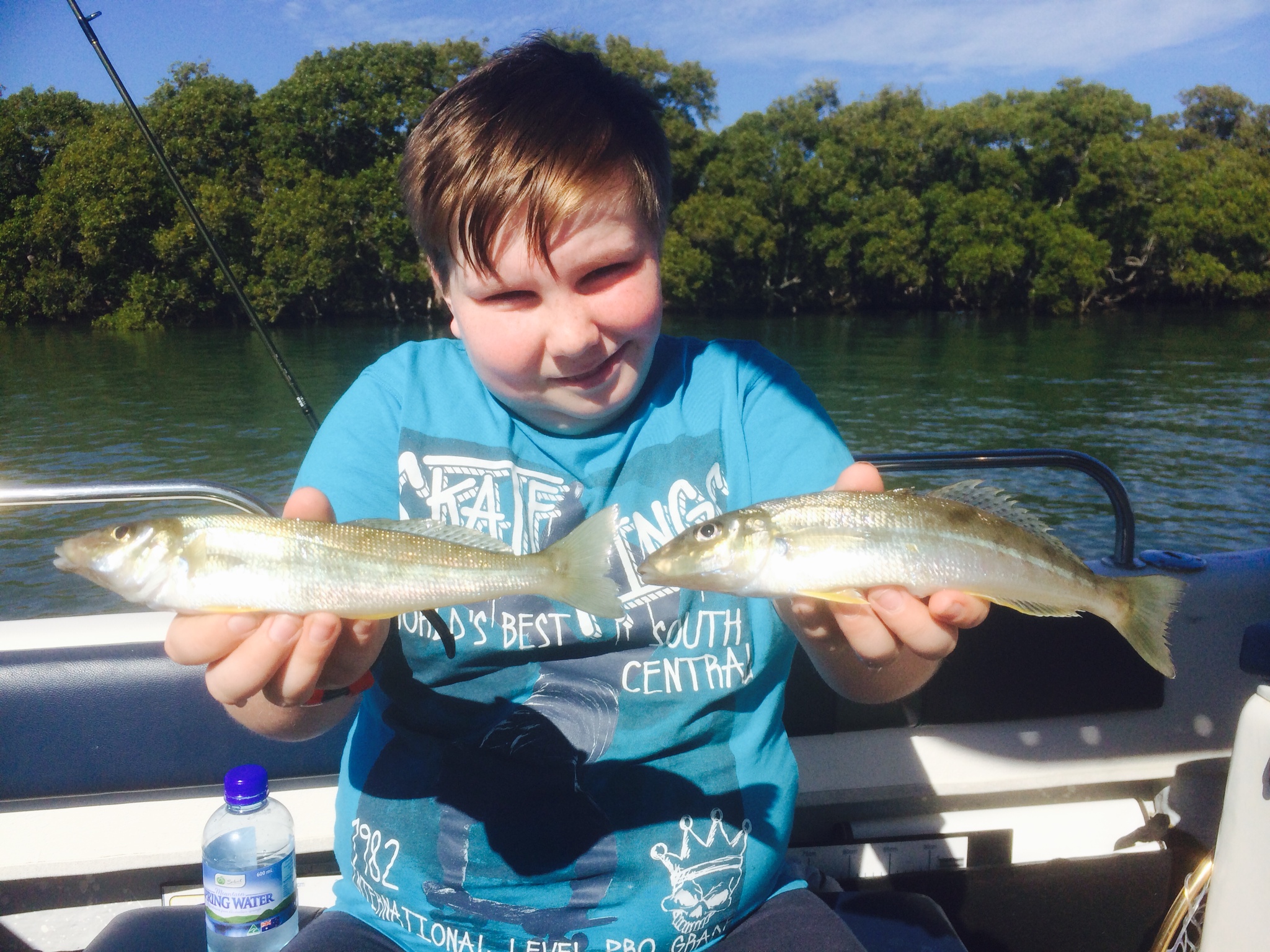 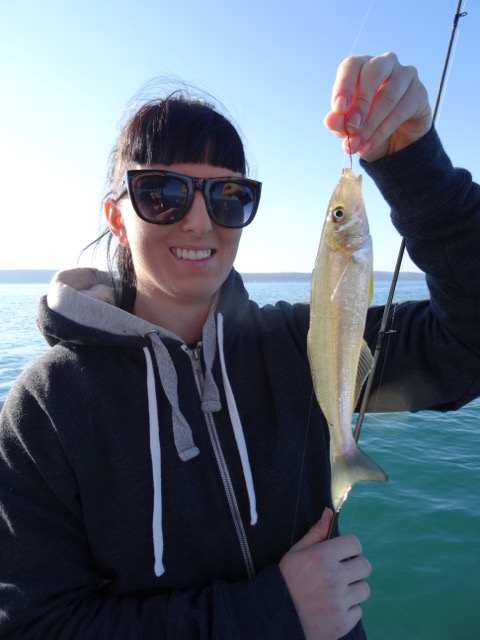 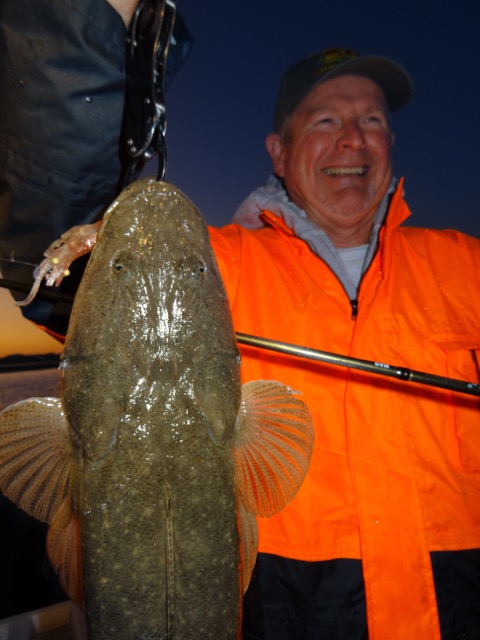 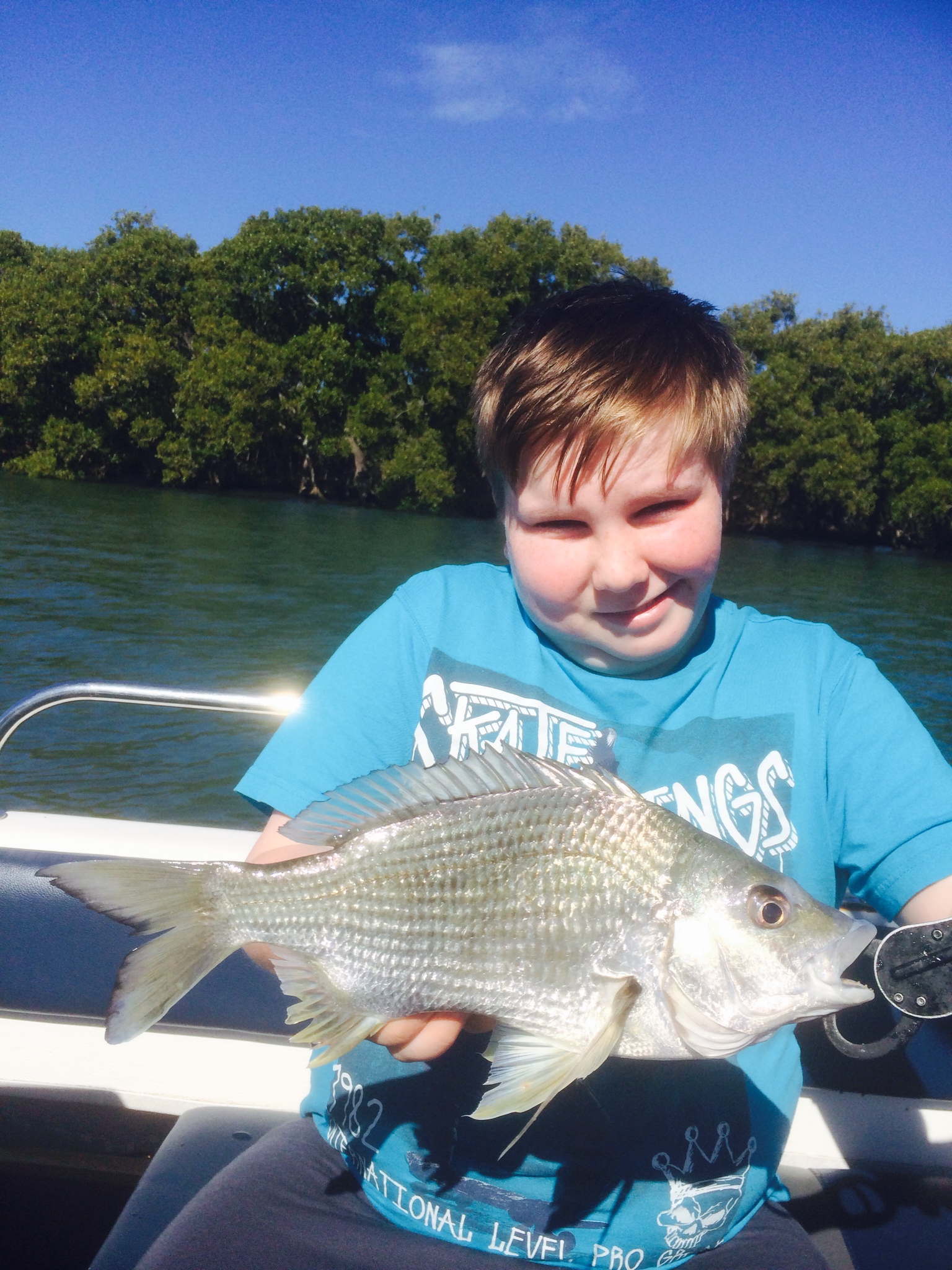 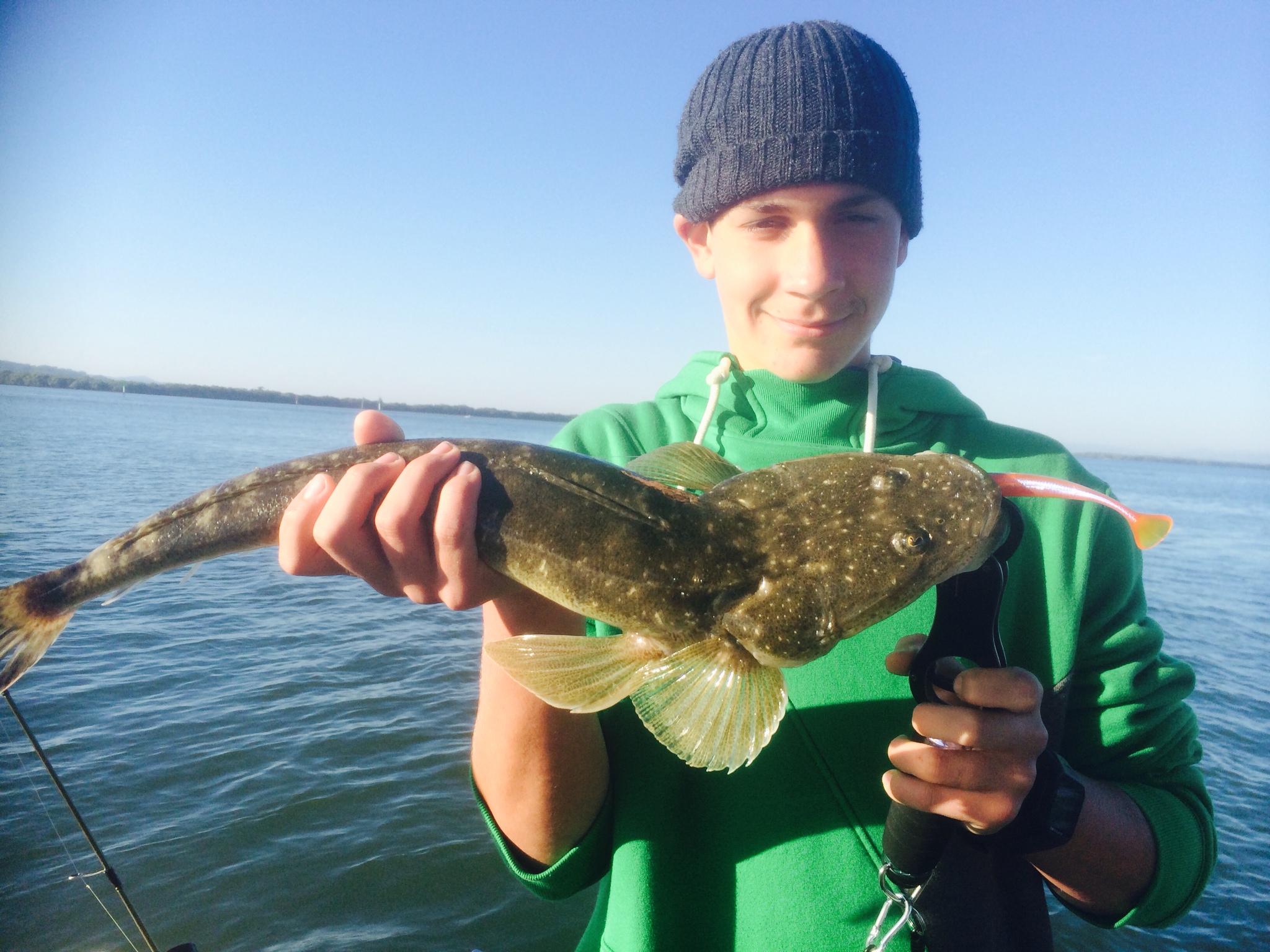 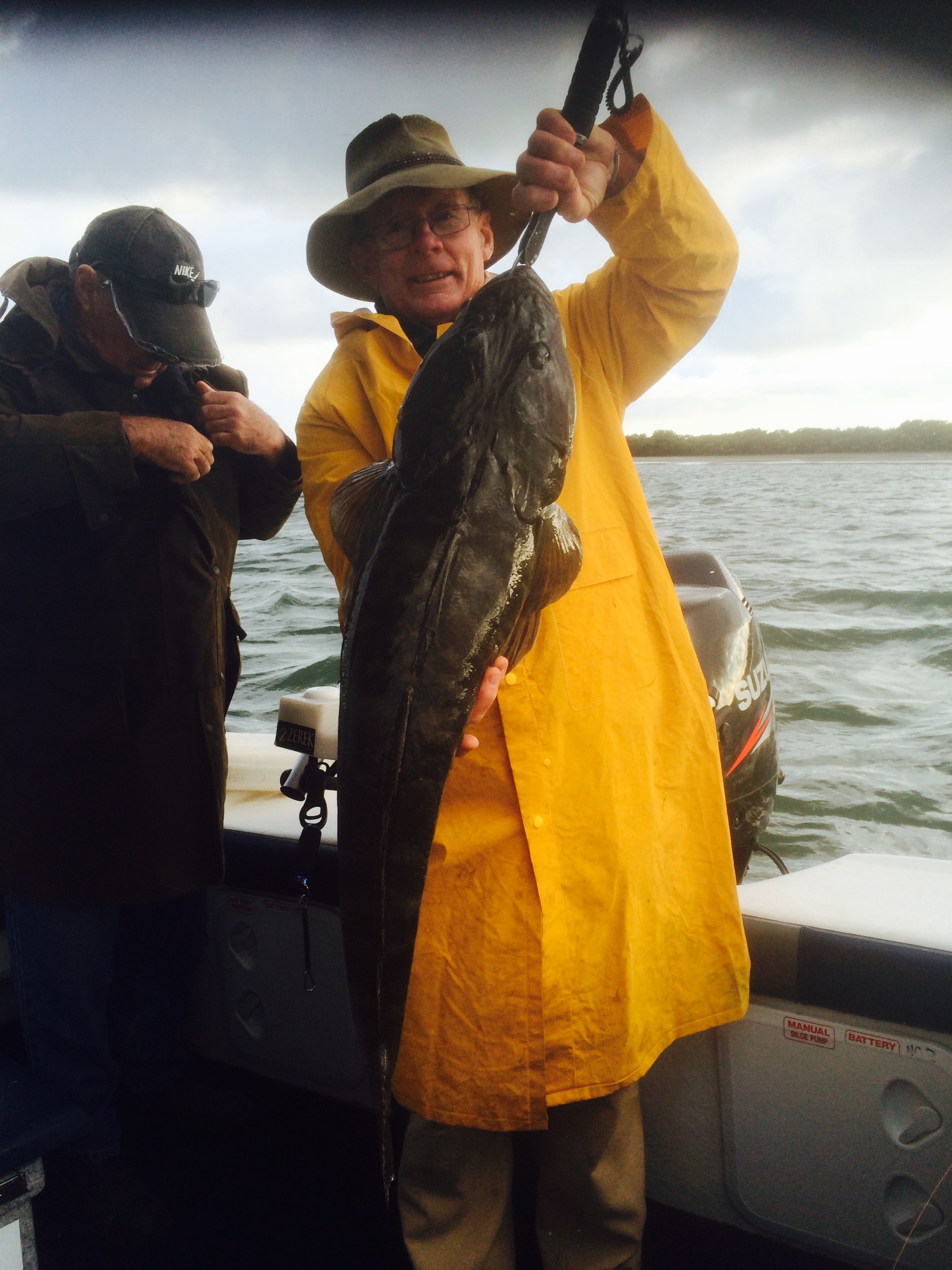 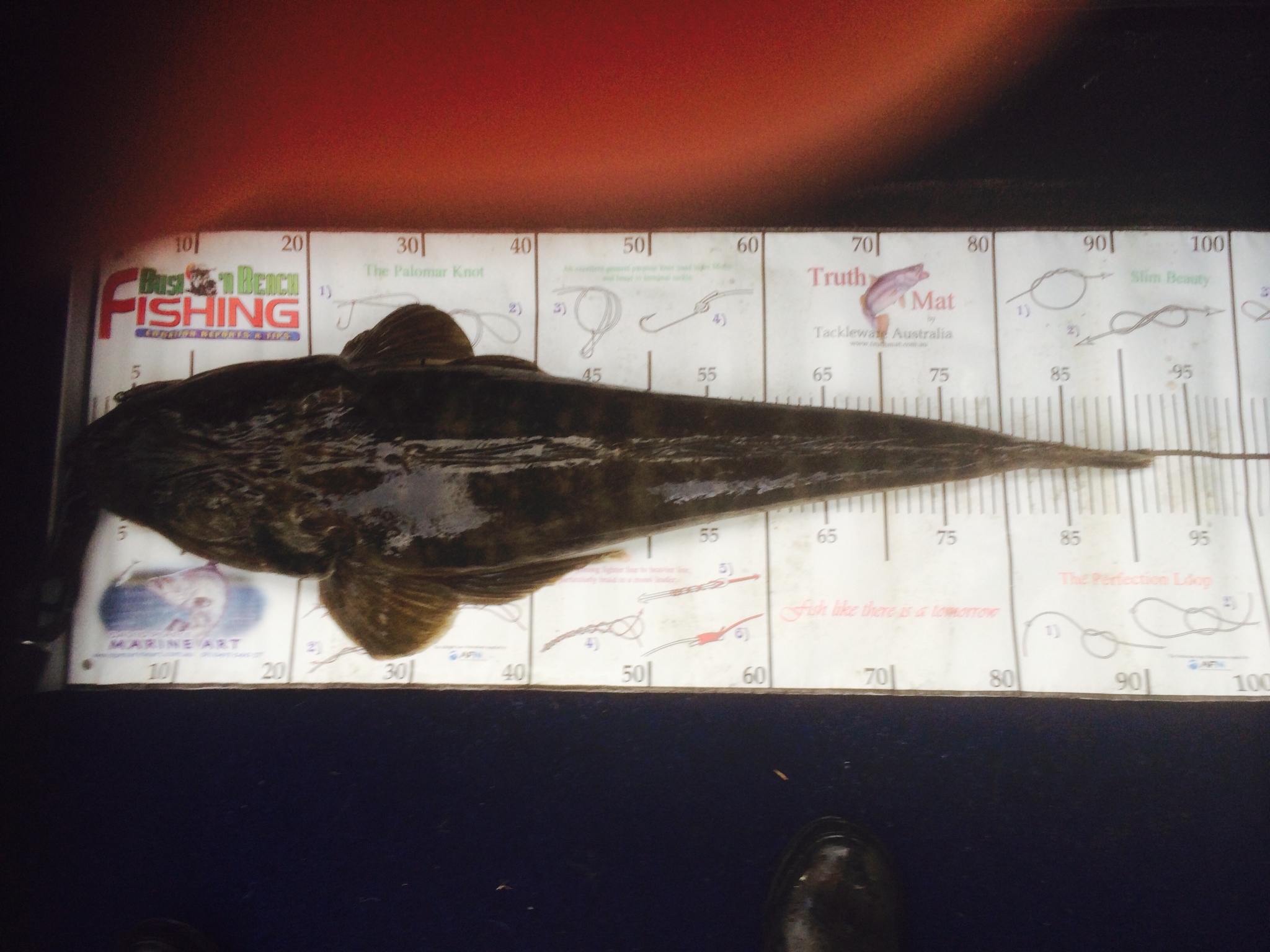 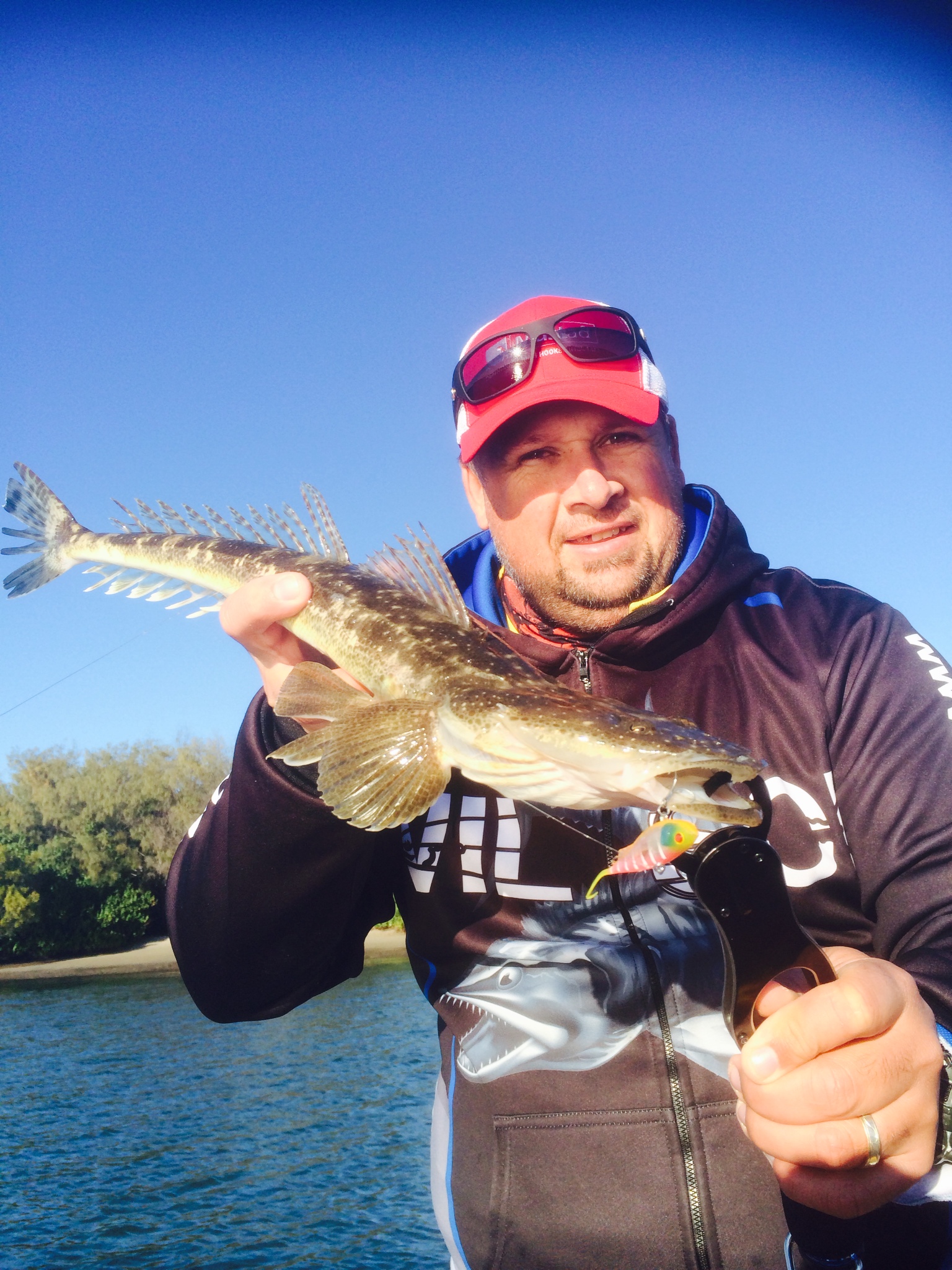 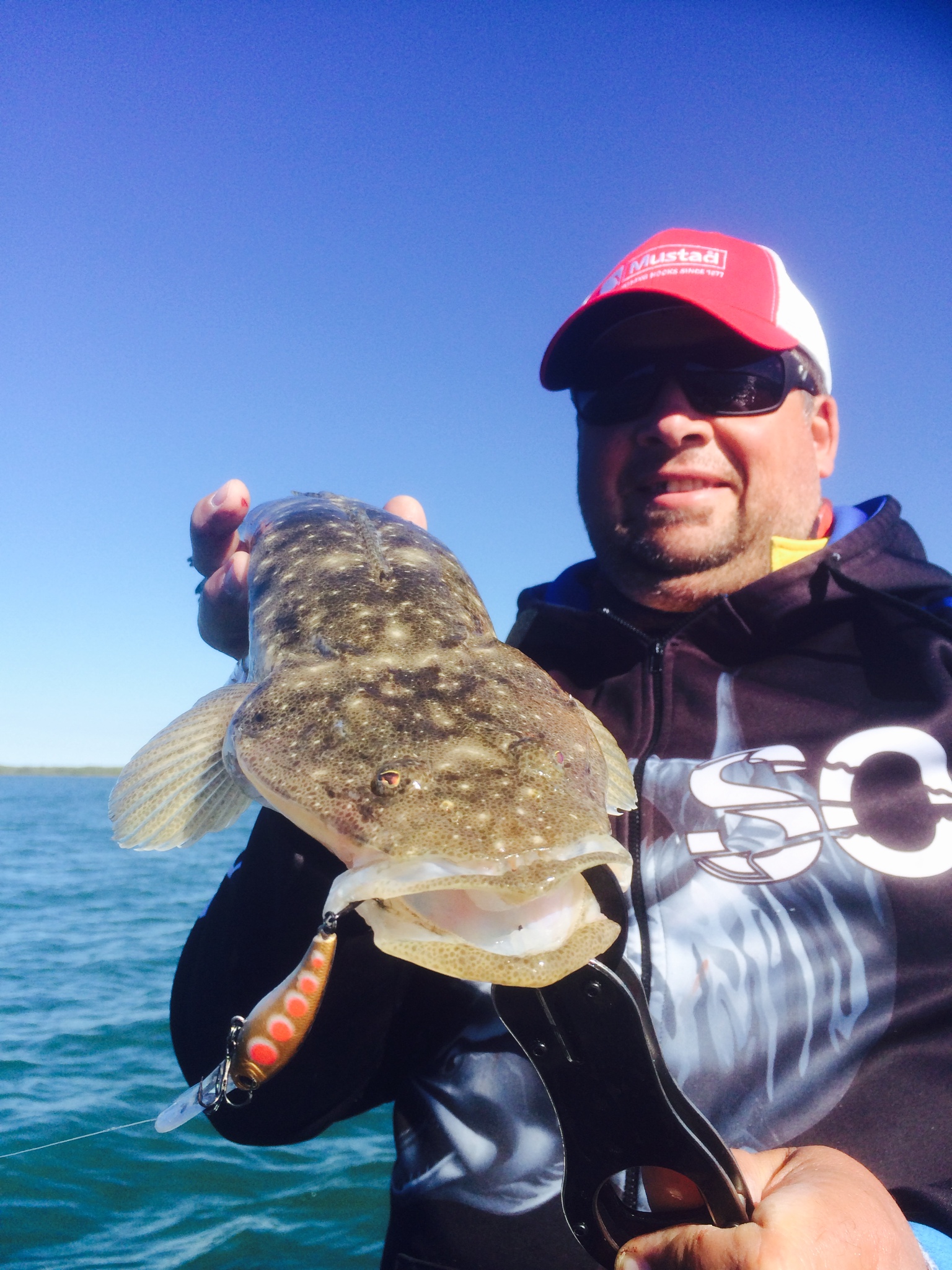