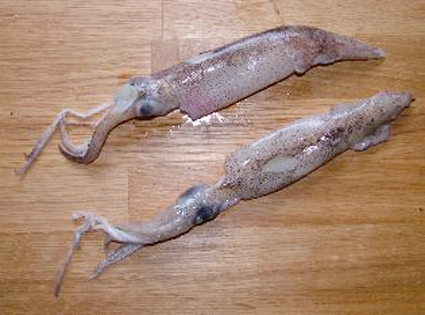 How to rig squid strips

MOST anglers I have met over the years know that whole squid is a great bait for mulloway, however very few realise that you will catch just as many (sometimes more) fish by stripping large torpedo squid. The beauty of using strips is that you will catch mulloway from 2-42kg using this method, whereas if you rig squid whole and large, the smaller fish will still have a go at the bait but your hook-up rate will drop dramatically.

Stripping is most suitable for squid baits with a body length (not including head) of at least 20cm. The other great thing about strips is that they give you double the amount of baits for your dollar, which in this day and age counts for a lot. Any bait under 20cm is quite suitable for a whole bait, but Mischa and I always make sure we have the odd larger bait on hand for stripping, as quite often the fish will not take a whole bait. However, as soon as a strip is put out we hook up straight away.

Forget all the crap about letting a mulloway have a couple of runs before striking because that theory is just that – crap. Simply give the fish the down of your rod and then set the hook hard. We only use 10/0 Eagle Claw 6045 BU hooks as they are extremely strong, have a much wider gape than Mustad hooks and are very light.

Do not let anyone at your tackle store tell you they are not available as this is bulldust. The fact will be that the store chooses not to stock them, simple as that. Eagle Claw hooks are available to any store that deals with importers Tacspo.

1. Remove the head and fins, then insert a knife and cut the top layer of the squid.

3. Run your knife down the middle of each half, ensuring not to cut through the skin. This allow the fillet to fold back-to-back.

4. Do not leave too much bait hanging past the barb (3cm max). Any bait trimmed off can be used to hide the barb. Cutting the head in half and putting it onto the hook also works well.