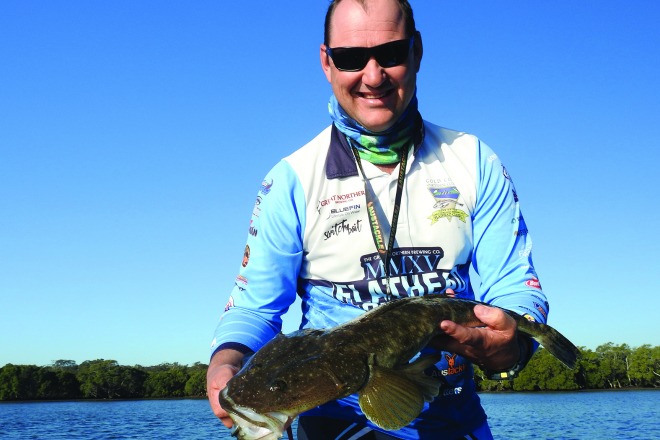 The author with a 69cm flathead.

How to improve your flathead catch rate (tips for Flathead Classic)

THE weather is warming and flathead season has kicked off early, suggesting we may be in for a cracker season.

I’ve heard many reports of large numbers being caught, including some quite sizeable specimens. This is great news for the fast-approaching Gold Coast Flathead Classic, which this year runs from September 28 to October 1.

With that in mind, I decided to start experimenting to better my chances in this year’s classic and improve my flathead catch rate. Last year was my first Flathead Classic and I was also relatively new to fishing for flathead on the Gold Coast.

I had a pretty good pre-fish but bombed out horribly during the three-day event. This was due to a change in conditions I was unable to adapt to. One change was the wind, because I didn’t normally fish windy conditions, and the second was the abundance of snot weed in my usual haunts. My lesson was to practise with new tackle, techniques and of course locations.

Recently I began experimenting with tackle to aid against snagging structure on Hinze Dam. This led to me swapping out my trebles for in-line singles on a variety of lures, which included a Lively Lures Micro Mullet I was testing on the bass.

Micro Mullets are my go-to trolling lure for flathead and after discovering how well they swim with the in-line singles, successfully avoiding structure in doing so, I started thinking about their ability to avoid weed while chasing flathead. With that in mind, I rigged some more Micro Mullets with in-line hooks and hit the Broadwater to test them.

Young Riley and I trolled the edges of a few flats on the last of the run-out for no result. We then moved to a spot where the edges of flats met at a pressure point (where a large volume of water was being pushed through a small area) and our luck changed.

We managed some good flathead in a short time, including the two biggest at 67cm and 69cm. All but one was caught by trolling Micro Mullets rigged with in-line single hooks.

I found the in-line singles didn’t pick up the weed as easily as trebles, however it was a little more difficult to shake the weed loose when it was picked up. The front size 1 hook never found its mark in any of the fish, so next trip I will be removing the front hook altogether. On the rear I ran two size 2s in a scissor pattern and this seemed to work a treat in both hooking up and staying connected.

My tip for the Flathead Classic
Without giving too much away regarding tactics for this year’s Flathead Classic, my general idea will be to find a group of smaller male fish. Once I’ve found these guys, a much larger female should be holding nearby.

My plan of attack is rather simple: troll until I find fish and then once I find them, work the area with plastics and lipless cranks, trying to catch the entire group before moving on and trolling in search of another group. I will be working the flats at high tide and the run-out sides of flats and creek mouths on the run-out and the deeper gutters at low tide.

I hope these tips help your flathead catch rate and I look forward to seeing some of you at the 2016 Flathead Classic. I’ll be in Team Infinity Tackle, so don’t be shy, come and say g’day. Good luck folks and tight lines.