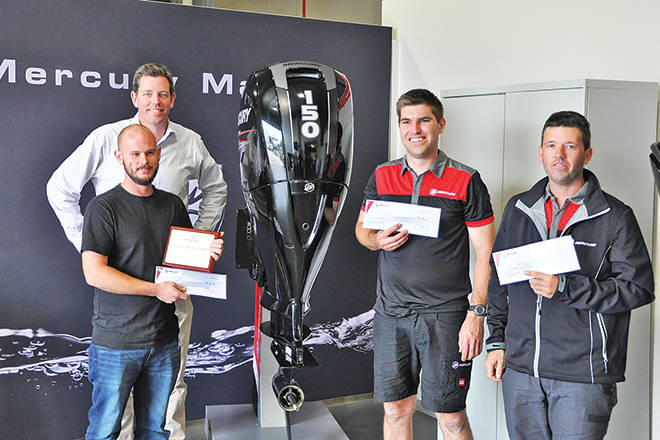 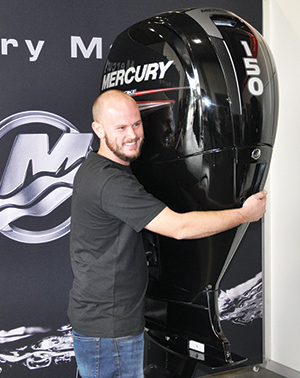 THE Mercury Technician of the Year has been found, and it’s Lieuwe Mellae from Hitech Marine in Wollongong.

His high-pressure win not only gives him the title: Lieuwe is now the proud owner of a brand-new Mercury 150hp FourStroke outboard. “I’m certainly happy I won, but it’s still a bit unbelievable really,” he said.

“It was a tough competition, there was a lot of pressure, and I think any one of us in the final would have been a deserving winner.” Indeed, the quality of the entire field was impressive.

“Technicians like Lieuwe are an integral part of the Mercury customer ownership experience. “But this contest isn’t just about finding the best of the best, it’s also about encouraging all Mercury technicians to keep working and keep improving because that’s what Mercury owners expect and deserve.”

Twenty-six-year-old Lieuwe grew up fishing and boating, so having a career in the marine industry was always likely. “I would have been about 13 when I got my first tinnie and was always interested in how the engine worked,” he said.

“I think that’s where it started and at 16 I began my apprenticeship.” Lieuwe still has that tinnie – a 3.8m Brooker with a 30hp Mercury outboard – which means he has a bit of thinking to do about his sizeable 150hp prize.

“Yeah, it’s a bit big for my current boat,” he said. “I’d love to find a boat suitable to do up, but honestly I haven’t had a chance to think about it. “The 150 FourStroke is a great engine and an unbeatable prize.”