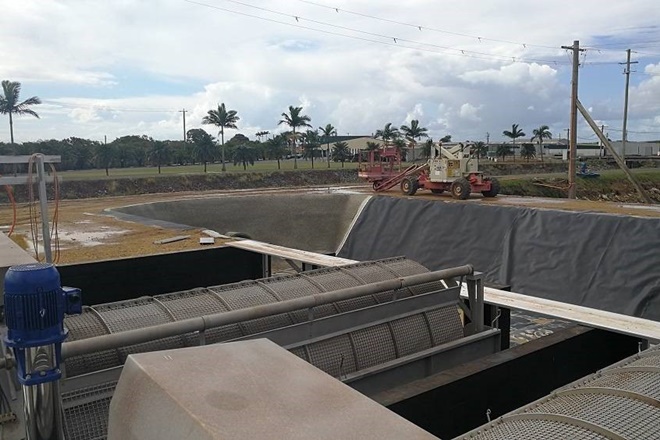 An example of drum filters.

Logan River prawn farms back up and running

THREE prawn farms on the Logan River previously affected by white spot disease are now back in production after a twelve-month fallow period.

The ponds on the prawn farms are currently stocked with post larvae which will be ready for harvest next year. Biosecurity Queensland will regularly visit and work with the farms to monitor their progress during the production season.

All farms returning to production have implemented additional biosecurity measures to help safeguard against a recurrence of white spot disease or other exotic diseases, including:

We will undertake additional surveillance on the Logan River next week to test for the presence of white spot syndrome virus in wild crustaceans. This additional round of surveillance will occur at a time when prawn populations in the river are expected to increase.

The next round of structured surveillance in Moreton Bay, Logan and Brisbane Rivers and the east coast of Queensland from Caloundra to Cairns will commence in March 2019. All results for the August 2018 surveillance testing were negative for white spot syndrome virus. You can view surveillance information, including results on the Department of Agriculture and Fisheries website.

The majority of commercially harvested Moreton Bay marine polychaete worms, known as bloodworms (Marphysa spp.), are traditionally sold interstate as ‘live’ fishing bait. However, due to the movement restrictions imposed on white spot syndrome virus carriers, commercial harvesters have not been able to supply the interstate markets.

Biosecurity Queensland is conducting surveillance sampling of bloodworms collected from Moreton Bay, including those areas used by commercial harvesters. The surveillance results will help inform the risk of white spot syndrome virus being spread using live bloodworms as fishing bait.

Suspected cases of white spot disease must be reported to Biosecurity Queensland immediately through the online white spot disease reporting form or by calling 13 25 23. Take note of the location and time and if possible, freeze a sample of the suspect animals for later testing.

Further information on white spot disease is available on the Department of Agriculture and Fisheries website.

Subscribe to the Department of Agriculture and Fisheries aquatic pest and disease alerts for regular updates on the White Spot Disease Program.