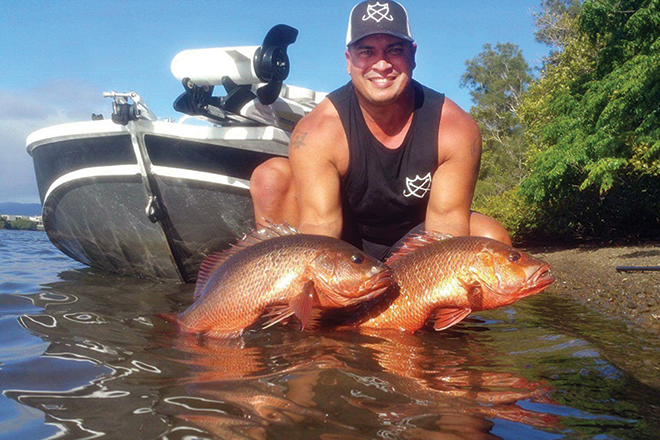 Rumour is that jacks just jump out of the water into Arnie’s boat. This photo may prove it.

MANGROVE Jack Anglers Tournament number six saw the 60cm mangrove jack barrier not only beaten but totally smashed out of the park.

For the first time, the comp was split into bait and lure categories. Each category had separate biggest jack and total length prizes. As mentioned, Arnie and Chris battled it out for the biggest on bait, however Chris was no match for Arnie in the total length category, with Arnie collecting a massive 429cm of mangrove jack, all peacefully released to fight another day.

The lure category saw a much tighter battle, with Mitch Ferris scoring the biggest jack with a 51.5cm fish over Jai Whell’s 49.5cm red dog. The total length division was taken out by Owen McPaul’s 167.5cm over Jai with 88cm.

Jai also did well by winning the Dream Kayaks Beast lucky door prize. The bonus species this year was a flathead over 50cm. We had plenty of flathead by-catch submitted, with James Somerfield catching an 80cm (approximately) flathead.

I say approximately because our custom-made jack brag mats only run to 70cm. We were also lucky enough to have the Yak Hunters crew join our comp for one leg of their yearly events. David Hopper took out the Yak Hunters division with a 41cm jack.

For those who are a little more analytical, here is the data that sparks many conversations and much debate. We had 137 competitors in the final Mangrove Jack Anglers Tournament for 2017, comprising 44 bait fishers, 85 lure fishers and eight juniors.

A special thanks also goes to Coomera Waters Tavern for providing a great venue for our presentation and of course the one and only John ‘The Jack Guide’ Costello for again being MC on the day.

Be sure to keep an eye out for John’s new jack fishing DVD, focusing on catching jacks from a kayak. MJA is growing bigger and stronger, and speaking with competitors throughout the weekend, many are describing the event as a marathon jack session – the Bathurst of mangrove jack fishing.

Some fish for bite times only and others live in their boat for the entire weekend. This is a competition that not only brings the mangrove jack fishing community together and away from the keyboard banter but also brings out the competitive spirit in many of us. 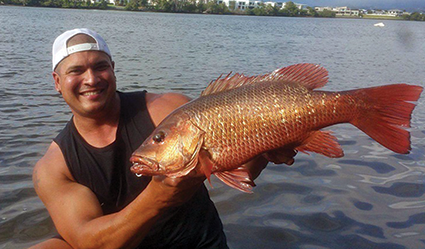 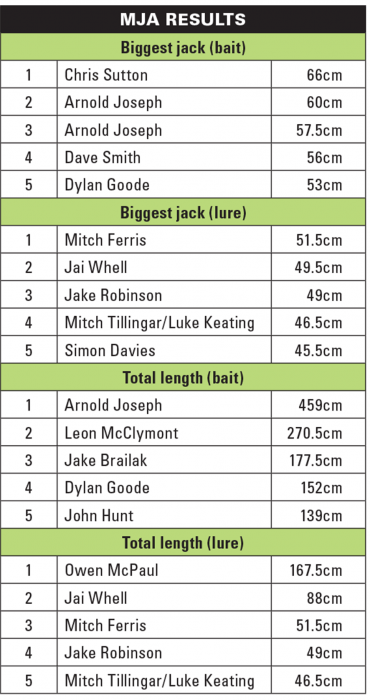 I spent the weekend with a mate of mine who had never caught a jack and he didn’t get one during the comp either, but still described it as one of his favourite weekends of fishing. I hope you get some good encounters with red fish over summer.

See you at the next Mangrove Jack Anglers Tournament.