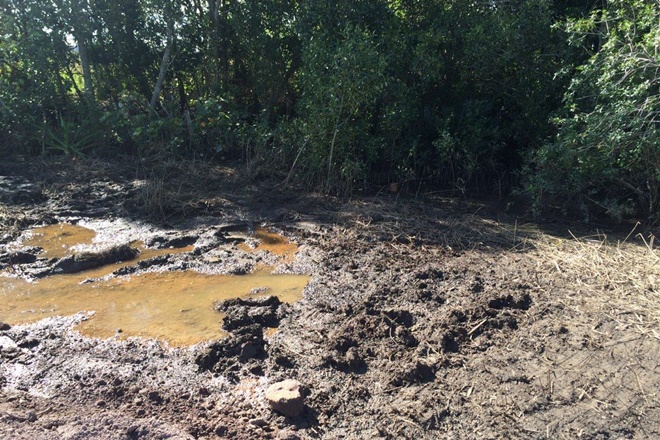 A SUNSHINE Coast company which damaged protected marine plants of cultural significance to the local Indigenous community has been convicted and fined more than $29,000 in the Maroochydore Magistrates’ Court.

Minister for Agricultural Industry Development and Fisheries Mark Furner said the detection of the offences and the fines imposed sent a clear message that the wilful damage of marine plant life and the rights of traditional owners would not be tolerated.

“Queensland is blessed with a highly diverse range of marine plant species and a rich Indigenous cultural heritage neither of which should be taken for granted or abused,” Mr Furner said. “Effectively managing and protecting all marine plants is vital in ensuring sustainable fish habitats and fisheries production whilst preserving precious links to ancient stories and traditions helps maintain Indigenous cultural identity for future generations. That is why the Fisheries Act 1994 has clear protections for marine plants and the QBFP has appointed Cultural Liaison officers to help protect our precious marine resources.”

Queensland Boating and Fisheries Patrol (QBFP) District Officer Russell Overton said the penalty highlighted the high level of protection placed on marine plants and the serious effect of wilful damage on the rights of traditional owners.

“The Kabi Kabi, who are recognised as native title holders, use the Maroochy River and its flood plains for traditional purposes, including collecting food, fibre resources for making implements, bags and nets, finding traditional medicines and a gathering place,” Mr Overton said. “In a statement to the court, the Kabi Kabi First Nation people said the changed landscape from the destruction and damage to the marine plants had caused harm to the Maroochy River dreamtime story. QBFP has appointed Cultural Liaison officers to help develop a better understanding of the values Aboriginal and Torres Strat Islanders place on fisheries resources. This better understanding will assist in ensuring these values are protected under the Fisheries Act 1994.”

Mr Overton said QBFP commenced an investigation after receiving a complaint in June 2016 about possible damage to marine plants at a private property on the Maroochy River.

“Waste building material was initially observed spread out over an area low lying land adjacent to a creek at the property,” Mr Overton said. “Fill was subsequently placed on the property to cover the waste building material and an additional area containing plants growing in the adjacent wetland area. This unlawful activity resulted in the damage or destruction of marine plants over an area of more than 620 square metres of land.”

Mr Overton said all marine plants were protected under provisions of the Fisheries Act 1994 which prohibit the destruction, damage or removal of marine plants without prior approval.

“Protection applies to all marine plants regardless of whether they grow on privately or publicly owned land,” Mr Overton said. “Marine plants are a fundamental part of fish habitat and a vital natural resource that help sustain fish for the future for commercial, traditional and recreational fishing. Disturbances can disrupt the estuarine food chain and lead to long term decline in fish production and general aquatic health.”

Unacceptable impacts to marine plants include any unauthorised activities such as pruning or trimming mangroves on any land; reclaiming or filling tidal land; dumping rubbish on tidal land; mowing or burning marine plants; collecting mangrove timber or seagrass either dead or alive; modifying fish habitats and dredging tidal lands.