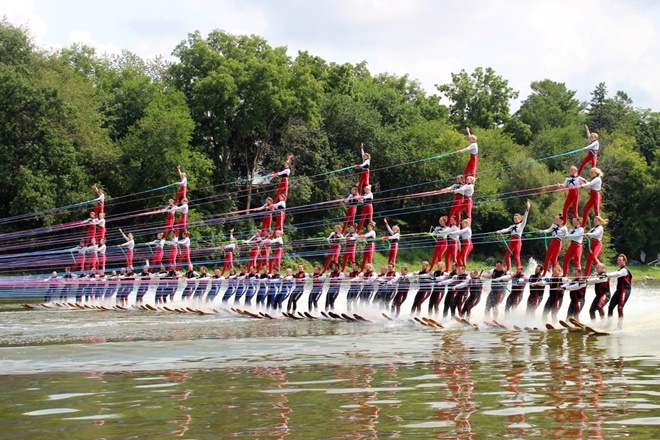 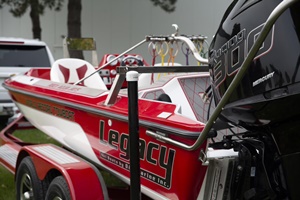 WITH triple 300hp Mercury Racing outboards on the transom, the Rock Aqua Jays water ski team has established a Guinness World Record for the largest human pyramid on water skis.

A total of 80 skiers in multiple four-tier pyramids travelled 1,148 feet (350 meters) on the Rock River in Janesville, Wisconsin – about twice the distance necessary to officially surpass the previous 64-skier record. Joining the Rock Aqua Jays were skiers from the Aquanuts team from Twin Lakes, Wisconsin, and the Webfooters from Fremont, Wisconsin.

“This record shows how passion, talent, and teamwork can come together in a common goal to execute a remarkable feat,” said Kevin Ostermeier of the Rock Aqua Jays, who was responsible for putting together the record run. “The power of those Mercury engines made a huge difference for us.”

A pair of tandem boats pulled the skiers from the dock area, but the lead boat released when they reached open water and the record run was accomplished behind a single boat. The outboards were equipped with Mercury four-blade 15” Revolution propellers.

The water ski team initially broke the existing record with a 70-skier pyramid, then added 10 more people on a subsequent run to establish the new 80-skier record, which has been officially confirmed by Guinness. The Rock Aqua Jays, founded in 1961, have won 20 US national water-skiing titles since 1975. They were the first amateur team to build three-tier, four-tier and five-tier pyramids.