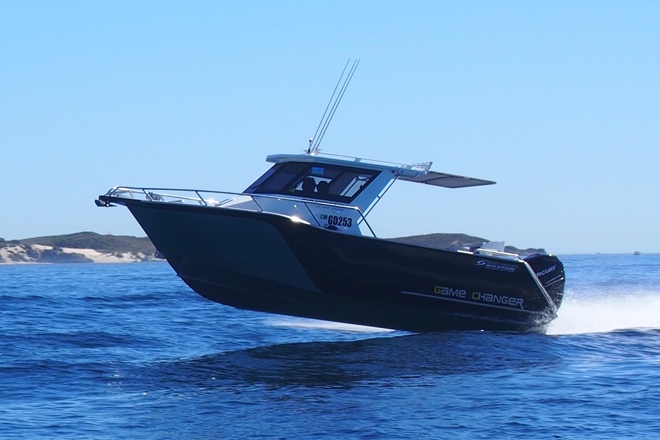 Matt Armenti is Genesis Craft director and workshop manager. “For our last two demonstration boats we used another brand of engine and I have to say the Mercury is definitely easier to drive and is considerably quieter,” he said. 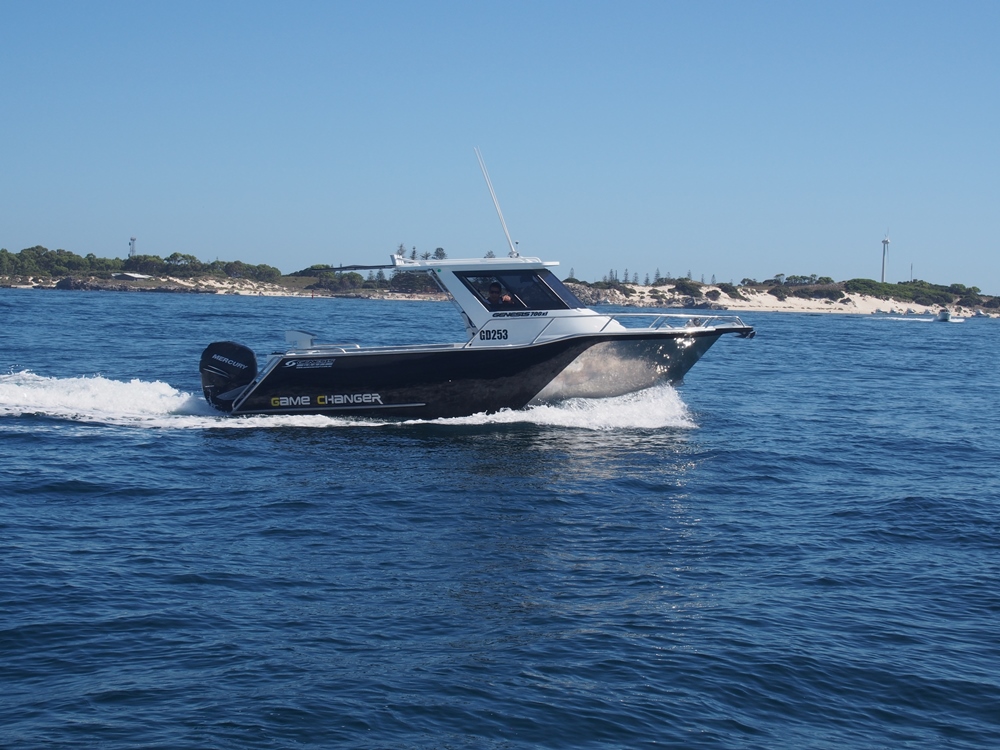 “My mechanic has raved about Mercury engines for years and it turns out he’s right!”

For Matt, the Mercury Verado brings a lot to the party. “There’s the power steering and the low vibration, which makes a trip so much more pleasant, and the supercharger is amazing – there’s real power all across the throttle range with no lag.”

When Matt’s not showing the craft to potential customers, it’s his personal boat. “We’ve been on a longer trip to Coral Bay (1,000 km to the north) and overnighters to Rottnest Island with two or three of us sleeping on board and the engine suits this boat to a tee,” he said.

The new boat is striking to look at with a polished aluminium bow which also provides protection from stone damage when the boat is being trailered. But there is plenty more going on beneath the surface.

Matt and his Genesis Craft team have altered the boat’s hull to give customers the choice between reverse chines or spray rails depending on their usage and personal preference. “Tweaking the hull design can be tricky but we’re actually really happy with the way it is performing on the new boat,” Matt said. “It’s got a lovely feel to it.”

Add in some clever design elements, like the extended sideways passenger seat in the cabin and the driver’s seat which converts into a barbecue, and it’s no surprise the boat has plenty of people interested. “We put it up online and got 1,400 hits in no time, and for everyone who’s had it in the water there’s been nothing but positive feedback,” Matt said. “We have a tremendous new boat that we’ve paired with an outstanding engine. What’s not to like?”