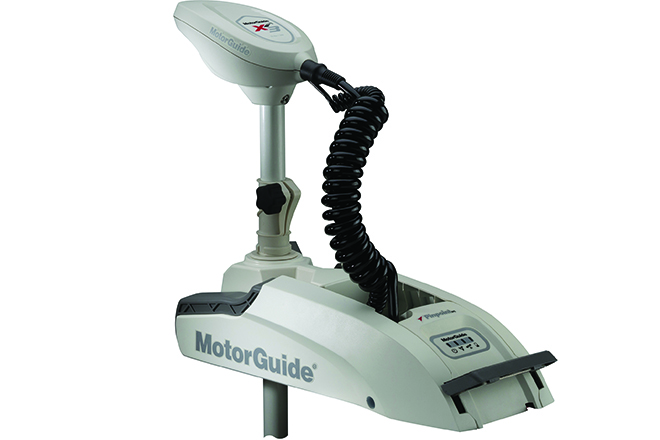 MOTORGUIDE’S newest release – the Xi3 – is the quietest and easiest to use motor in its class. Indeed, rigorous testing has proven it to be up to 40 percent quieter than its nearest competitor.

But there’s a lot more to it than that. MotorGuide’s latest offering also has wireless control straight out of the box, with a hand-held remote standard on all models. So right from the start, anglers will be able to fish from anywhere on the boat.

The motor’s Secure-Step system ensures stowing and deploying the Xi3 is safe and easy. SecureStep lets users release the motor from its locked position without having to reach over it, while providing a clear visual and audible signal to confirm the motor is stowed and locked correctly.

The Xi3 also boasts the world-class Pinpoint GPS module, which allows anglers to focus on the fishing while taking advantage of amazing GPS functions such as Anchor, Jog, Heading Lock, Route Record and more. Available in 12 and 24V options with thrust ranging from 55lb to 70lb, all Xi3 models are Lowrance, Simrad and Mercury VesselView connectivity compatible.

Anglers also have the option of freshwater (black colour) or saltwater (white colour) variants, along with the choice of 48”-60” (122-152cm) shaft lengths. A three-blade Machete propeller is included as standard with all Xi3 models. Built-in sonar is optional for selected motors.

Simply put, Xi3 is another great motor in the MotorGuide range that’s packed full of features:

Meanwhile, the MotorGuide Xi5 just got even better with the release of a 72” (183cm) shaft version, which is great for boat lovers who want to go further offshore. Designed to exceed expectations, the hugely popular Xi5 boasts class-leading features that include Pinpoint GPS, which now connects to selected Mercury VesselView and Simrad screens, in addition to the existing Lowrance compatibility.