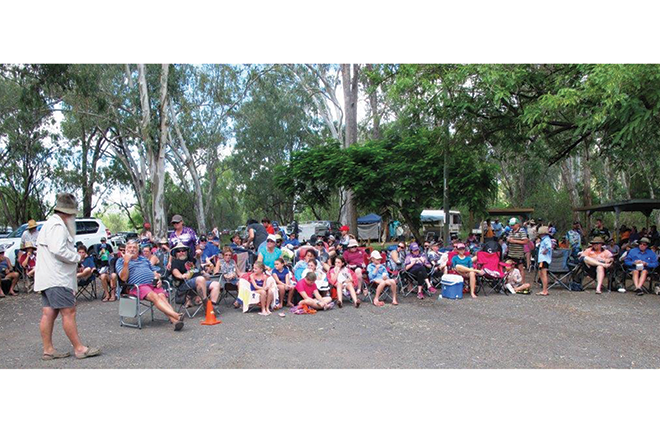 THE annual Moura Muddy Water Classic Family Fishing Competition was hosted by the Moura Fish Stocking Group on April 1 and 2.

Despite the threat of cyclone Debbie, planning went ahead for the 14th running of the fishing comp and much to the delight of the organisers, supporters and community, great weather prevailed for the event. Because some roads were closed due to flooding, several guests including Dave Hodge (best known as Hodgie) were unable to make it to the event.

Although nominations were slightly down on previous years, a total of 353 competitors showed up, comprising 225 seniors and 128 juniors. Michelle Hutchinson won the $100 early bird draw. For the first time ever, the Muddy Water Classic was totally live weigh in, with no dead category, and this proved successful and was well accepted by anglers.

Apex Club of Moura proudly sponsored the major lucky draws. This year the club donated four $500 BCF vouchers, two for the senior section and two for the juniors. Apex member Stewart Dale was on hand to present the happy winners with their vouchers. Junior winners were Allie Hutchinson and Mitch Morris.

‘Dawson River’ was the theme for the photo comp and this was won by Betty Seeney. Thanks to all who took the time to enter. As always, plenty of good food was available, along with cold drinks at the bar and a multi-draw raffle supported by the many in attendance.

All profits from this fishing competition go towards buying fingerlings for the Dawson River to ensure the pleasure of fishing for future generations. Moura Fish Stocking Group thanks all sponsors, supporters and volunteers that help to make this event happen. 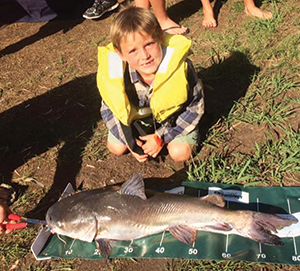 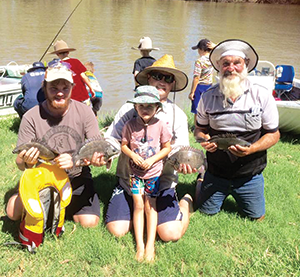 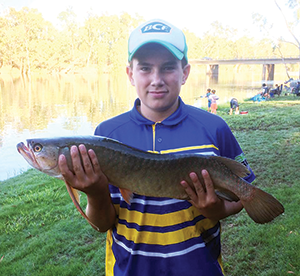 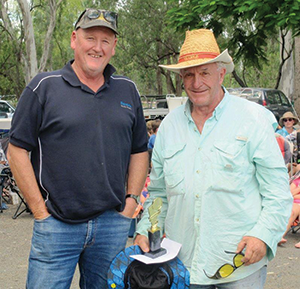 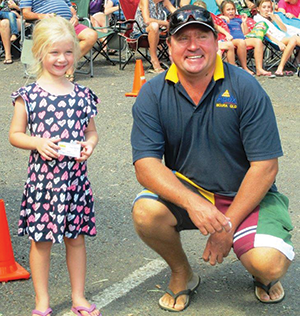 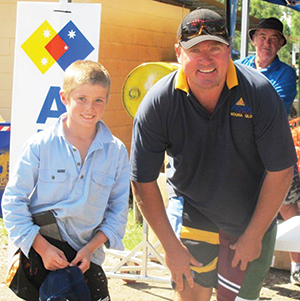