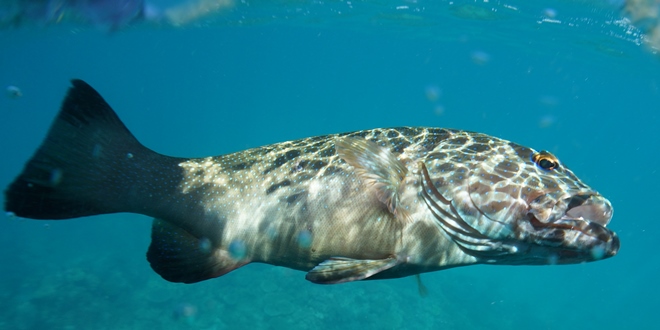 CORAL reef fin fish will be off limits from this Saturday, October 10 as part of the first of two annual closures that protect these fish during spawning season.

“The closure dates change slightly each year depending on the new moon phases, however closure dates through to 2018 have been set to provide certainty and long-term planning for fishers. “These dates are available at www.fisheries.qld.gov.au or in the latest Queensland Recreational Boating and Fishing Guide, which is a free publication for fishers available at QBFP branches statewide or by calling 13 25 23.”

Mr Russell said a reef fish web guide is available online at www.fisheries.qld.gov.au to help fishers identify fish listed as coral reef fin fish. “Coral reef fin fish include cods and groupers, emperors, parrotfishes, sweetlips, wrasses, coral trout, fusiliers, surgeonfishes, tropical snappers and sea perches,” he said. “It’s important fishers are aware of which species are affected by the closure and know how to correctly identify them. “Fishers caught doing the wrong thing during the coral reef fin fish closures risk on-the-spot fines of $468 for recreational fishers and $936 for commercial fishers and a maximum penalty in excess of $117,000.”