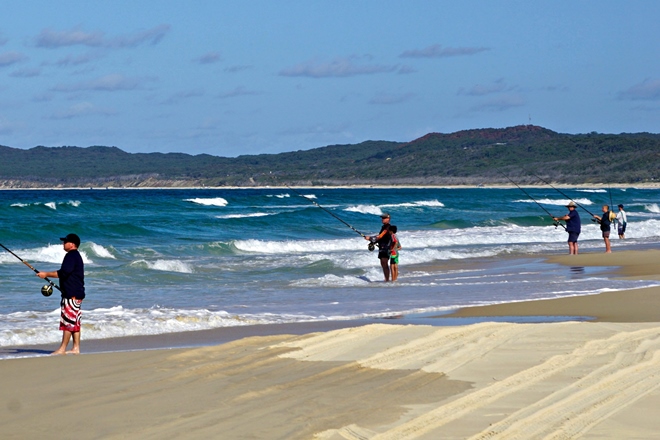 Fisheries Queensland manager Tony Ham said Queensland’s recreational fishing rules were constantly being evaluated to ensure the best management of the state’s valuable fisheries resources. “The changes will see four new freshwater impoundments added to the list of stocked dams and weirs, which are excluded from the East Coast closed season for barramundi from 1 November to 1 February,” Mr Ham said.

“The impoundments added are:

“Fishers in these waters can take no more than one barramundi from these impoundments during the period of the seasonal closure. The closed season won’t apply to these impoundments where barramundi have been stocked artificially as the fish cannot migrate downstream to estuarine spawning areas. In other changes, recreational fishers will no longer have to remove the central flap of a lobster tail or punch a hole in the tail to distinguish them from commercially-caught lobsters. Size and possession limits for lobster will be enforced to limit the catch by recreational fishers and the potential for black marketing of the species. From 28 October 2016, recreational fishers will also no longer be allowed to use shell dredges which can have a significant impact on the seafloor.”

Mr Ham said all fishers had a responsibility to learn the recreational fishing rules and regulations for fishing in Queensland and to ensure they were fishing within the law.

A number of minor amendments to commercial fishing rules also commenced on October 28. For more information visit www.fisheries.qld.gov.au, call 13 25 23 or download the free Qld Fishing app from Apple and Google app stores. You can follow Fisheries Queensland on Facebook, Twitter and Instagram (@FisheriesQld).