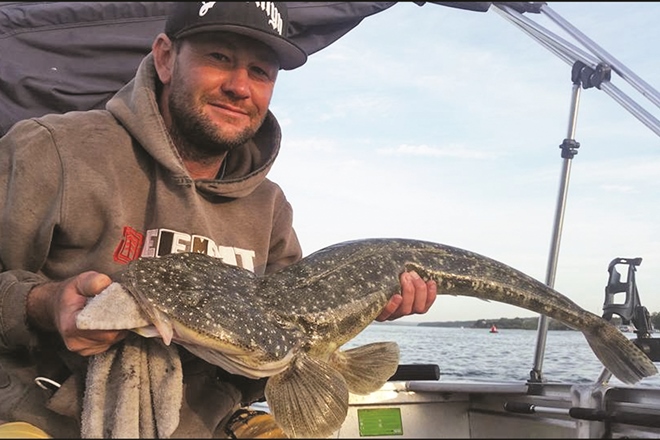 HI everyone, Nath and Caino here from 2 Mates Fishin.

Let us start by saying we hope you and your family had a merry Christmas and fantastic New Year. Well it’s the season of the wind again and it’s been blowing a gale, which limits the Newcastle fishing options. Whenever the wind eases we are usually working, but in saying that, great fish are around.

So we will start in Newcastle Harbour with the little breakwall at Horseshoe Beach, which has been on fire. Whiting have been the target early in the morning on a rising tide for anglers using bloodworms and beach worms. A number of elbow slappers have been travelling within the schools; you just have to be patient. A mate said he was landing a few little ones but after changing to fresh squid he started landing a number of larger ones.

Great flathead are also on the chew, so bring a mixed bag of soft lollies and bait and you will land more fish. Whitebait are a top bait for flathead at the moment. The water is in excellent condition because the rains haven’t done much damage over recent months, which is great, but now we have the wind to contend with so some regular spots have been really hard to fish.

The jew didn’t stop running all through 2015 and several amazing catches have been taken. The number of baitfish and squid that have kept hanging around the breakwalls and wharves is crazy. No one is complaining, because any gutter along Stockton Beach has provided fun fishing. Our prime spot is behind Stockton Mental Hospital. Live bait is the way to go, captured with any jigs you can find at your local tackle shop. It seems the baitfish will hit anything, so you can fill your live well in no time. Night-time has been best, so plan your jew fishing around dark. The run-in tide has been the go.

Right up and down Newcastle Harbour has produced loads of flathead and bream. Another of our favourite spots is around the moored boats in the marina at Carrington. This area holds bream, flathead, jew and a mixed bag of other species. The deep holes out the front of the marina where the boaties push their engines to full throttle present another spot we love to fish. As we wrote this our phones rang and two mates reported they’d just landed two flatties of 98cm and 88cm as well as a 10kg jew in the last 30 minutes of the run-out tide in this area, so I’m getting cranky because we were not there. 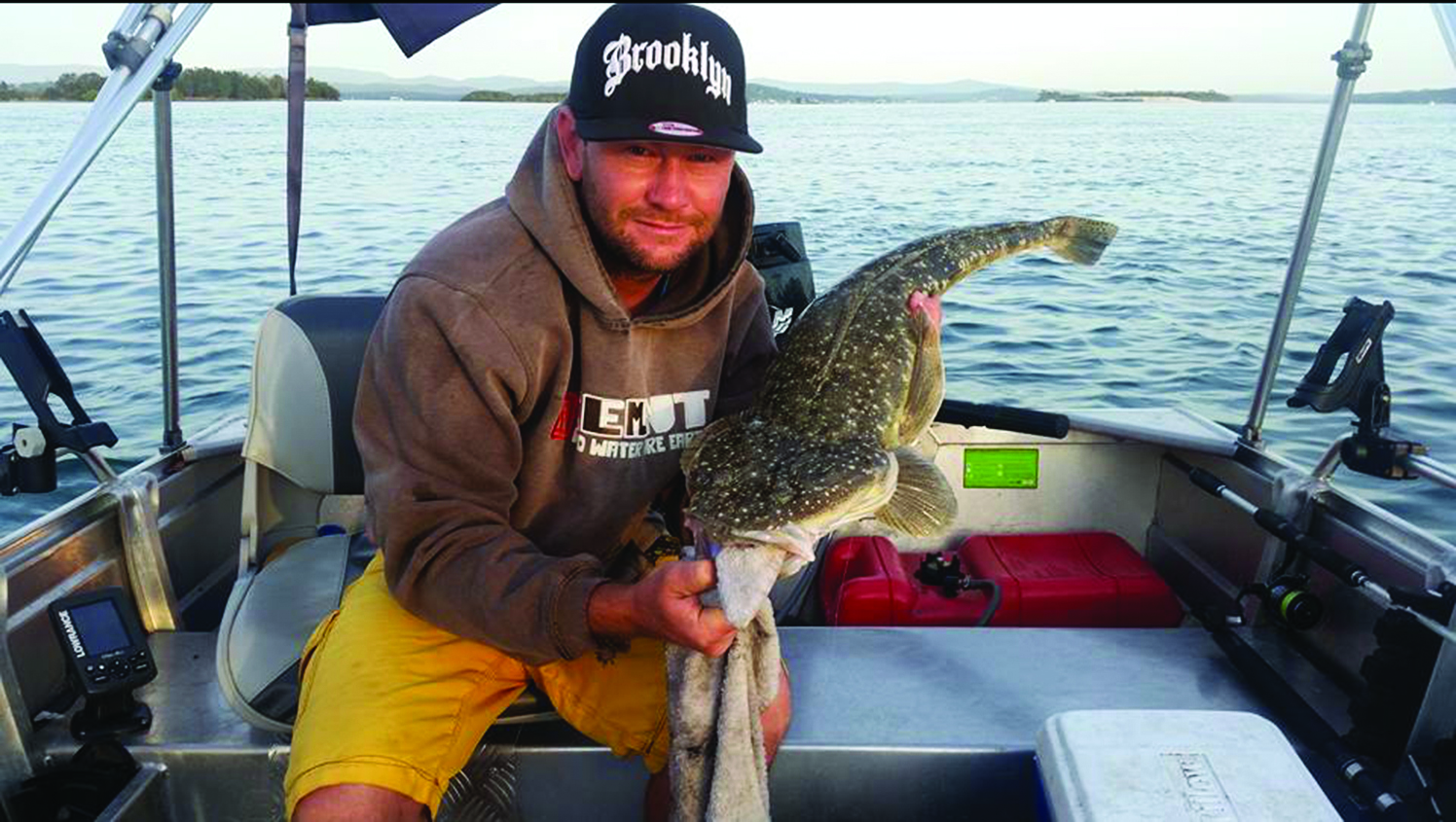 It’s really hard for us to say which spot is the best at any given time, so give the spots we mention a try and let us know how you go on our 2 Mates Fishin Facebook page. Send in your pics because we are in the Christmas spirit and feel like sending off some gifts from Lox Fishing. For landing a mixed bag, the chip yards would have to be our number-one spot. Using a live bait you can drift along and land anything from huge flathead to bream, hairtail and jew. Drift with a bait or plastic and hang on because this place has been on fire from the late afternoon into the night on basically any tide. For bream, tie on a chubby lure from Atomic in the Camo short-bib version or a soft plastic lolly and bream will pull on your line in no time, especially under wharves where they have been holding in plague proportions.

When targeting flathead and jewfish, mix it up with plastics and live bait. So many plastics are available to use and the chip yards have loads of wharves to hit, so get casting. In the Hexham stretch of the Hunter River, mud crabs are loving tins of cat food and eating anything with an oily bait smell. Top catches have been taken around Hexham Bridge across from McDonald’s, so don’t hold back. Even if you use mullet or leftover fish frames for crab bait, just add a bit of spice and give the crabs something to find and you should catch a few.

The ponds upriver from Stockton Bridge are fishing insanely well, with great size flathead, bream and whiting taking soft plastics and worm baits. We are happy to take home these perfect pan-sized fish for a feed for the family. We should be able to fill everyone’s bellies even though we have a huge family to feed.

Caino has been on the water recently, catching massive prawns in Swansea Channel. Other mates have scored 10-litre buckets in two hours, which is awesome. On our next outing we will see if we can score some blue swimmer crabs to add to the table, so fingers crossed.

From us at 2 Mates Fishin, be safe on the roads and water and enjoy your family gatherings.

Previous Z-Man Slim SwimZ New Colours
Next What Fish to Target In April: What’s on the Chew