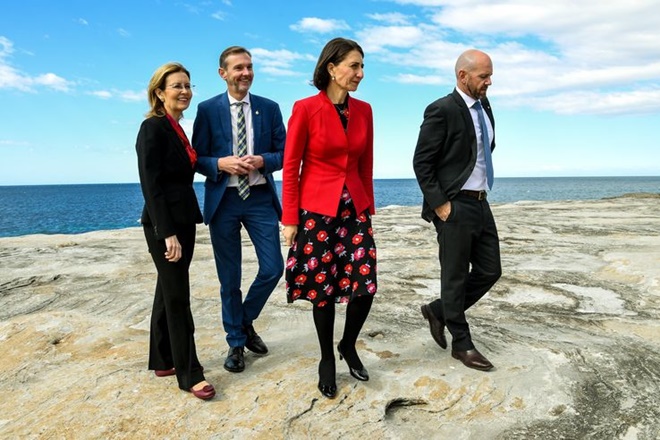 The NSW government has performed another backflip, this time ditching a proposed ban on fishing at 25 new marine park sites between Newcastle and Wollongong.

Just weeks after the government announced the proposal to create the aquatic parks, Primary Industries Minister Niall Blair today (September 17, 2018) backed down on the most controversial aspect of the plan. Despite the proposal still being out for public consultation, Mr Blair said the government would scrap the plan for fishing bans in the new marine parks.

“The proposed lockout of fishers in the 25 sites is absolutely unacceptable,” the minister told reporters in Sydney. “The feedback we have received has been robust but vital to being able to make this decision today. While consultation will continue, I felt it was paramount to allay the uncertainty and fear the fishing industry is currently experiencing,” Blair said.

“I am a keen fisher myself and understand both the economic and social values the industry brings to our State. The Marine Estate Management Authority put forward this proposal because they had identified 25 areas that require better management to ensure their sustainability. What is now clear is that their proposed management methods and in some cases the sizes of the sites, offered up a narrow option that unfairly impacted on low risk activities, such as fishing and spear-fishing. As a result the NSW Government has taken lockouts off the table. We are confident there are many other ways to manage these sensitive areas, that have fishers as part of the solution and we will continue to explore these options for the rest of the consultation period.”

“Today’s decision does not change the fact we are still working towards a marine park that protects key marine habitats, species and the environment we all know and love. In order to manage them and protect them for future generations, we need an approach that is accepted and sustainable for the people of NSW. I encourage everyone to continue to have their say as we work to deliver a final marine park solution in the coming weeks. In 2011, we made an election commitment to deliver a marine park strategy that was based on risk assessments and consultation rather than empty ideology and slogans. We remain committed to that promise and will continue to do the hard work to make sure we get an outcome that is sustainable now and well into the future.”