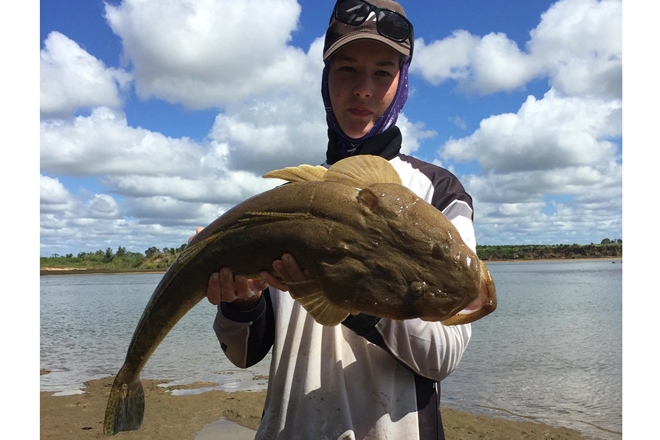 Once again we were fortunate to have a few good days weather-wise around the Bundaberg area earlier this week, with a lot of keen anglers taking advantage of the Anzac Day public holiday on Wednesday to head out and chase pelagics and reef fish offshore.  By all reports, a mixture of pelagic and reef fish was caught during the past week including Spanish mackerel, cobia, coral trout, sweetlip, parrot and hussar.  Unfortunately, the forecast for this weekend isn’t looking so kind, restricting any fishing to the local rivers, creeks and impoundments.

The local boys have been having some fun on large Spanish mackerel around 15kg plus, on the shallow reefs just off Bundaberg.  Trolling large lures like the Halco Laser Pro 190s and Rapala Xrap 20s and 30s while travelling at about six knots has been working well, as has floating large pilchards and garfish out, whether under a float or weighted.

Both of these systems are fishing well at the moment.  Some really nice whiting and flathead have been caught around the mouth, whereas there are still a few mangrove jack and the odd barra firing  around the rock bars and snags further upstream in both systems.

The Burnett continues to produce the goods.  The mouth has seen plenty of pelagics being caught including queenfish, trevally and school mackerel.  The North Wall is providing good cover for quite a few big bream and a few mangrove jack.  Good numbers of bream have also been caught up along Kirby’s Wall and into the Town Reach, but the species that has really fired up this past week has been the flathead, and they have been responding well to soft plastics and baits such a sprat, prawns and mullet fillets.  Rumour has it that there is still a few crabs and prawns around also.

The beaches along Coonarr have had good numbers of dart and whiting, which is great fun for the kids.  Further upstream there’s plenty of flathead and whiting around the sand bars and some nice grunter and bream up around Shark’s Nest and Fallons Rocks.

There has not been many reports from Lenthalls Dam due to the constant rain events.  The water is still quite dirty in the dam.  A few bass have been caught by trolling deep diving lures, but the barra have been quiet. 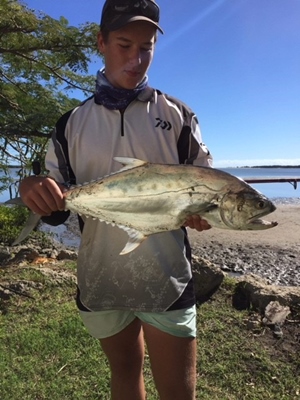 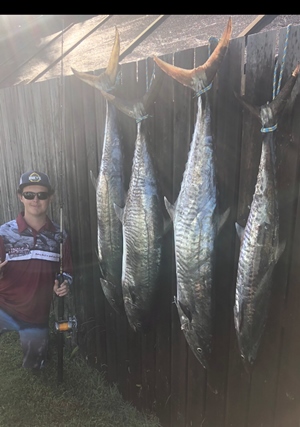 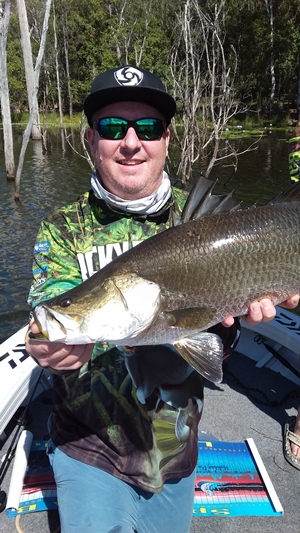 This awesome barra impoundment has really fired up this week.  Barra to 92cm have been responding well to hard body lures and soft vibes jigged vertically off the bottom.  Good news is that the dam received around 4500 barra fingerlings last Saturday morning.  These fingerlings were all about 15cm to 20cm in length and looked very happy in their new home up the top of Lake Monduran.