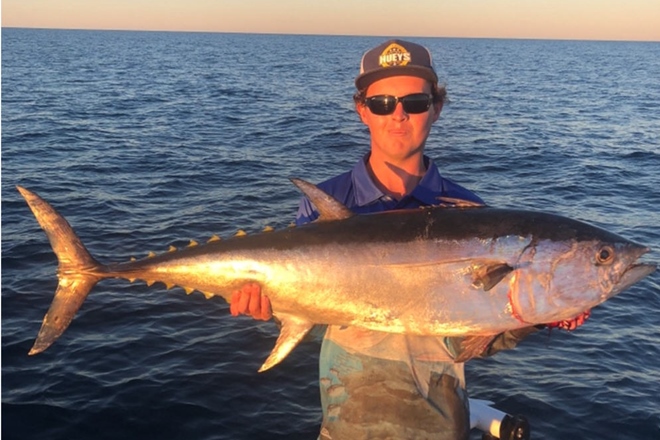 Perfect time to wet a line at Bundaberg 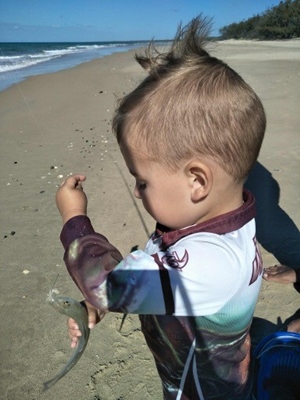 Well the cooler weather has definitely hit the Bundaberg region this past week, and it’s looking like the south-easterlies should ease just in time to wet a line this weekend.  Quite a few boats opted to head offshore last weekend and were rewarded with some top catches.  Plenty of coral trout, big red emperor, sweetlip, hussar and parrot made their way into ice boxes last weekend.  A few big black king have also made an appearance, and there are good numbers of Spanish mackerel hanging around most reefs.

Schools of longtail and mac tuna, trevally, school and Spanish mackerel have also been in good numbers on our inshore reefs and most anglers have been having fun by casting soft plastics and chrome metal lures into the feeding schools.  The inshore grounds have also been producing a few snapper and grunter with pillies, squid and mullet fillet being the preferred baits.

The Burnett River really turned it on last week with some cracking fish caught.  Towards the mouth, a few winter whiting have schooled just out the front, with squid, prawns and the Berkley Gulp Sand Worm all working well. Along the North Wall quite a few talented anglers have been braving the elements at night and have been well-rewarded with some fantastic bream caught.  This is always good fun when the conditions are calm. Further upstream some nice bream and grunter have been caught on the gravel patches near Kirby’s Wall.  The Town Reach is also firing with some awesome blue salmon showing up in better numbers, and the sand bars up towards Splitters Creek have had some nice flathead and whiting keeping anglers entertained.

Both of these fantastic small impoundments fish extremely well during the cooler months.  The Australian bass tend to school up in big numbers at this time of the year and once located can be caught using many different techniques.  Casting soft plastics, tail spinners and small vibes through the schools of bass can result in good numbers of bass and heaps of fun.

Lake Monduran was a little quiet last week due to the cold snap last weekend.  This weekend’s forecast is looking better with much warmer nights.  The key to locate barra at Lake Monduran this weekend will be to search for warmer water, so any shallow bays on the western side of the bay that has deep water close by will be worth a look.  Anglers have either been jigging soft vibes close to the bottom or casting suspending hard bodies at structure in the backs of the warmer bays.